In the comments to a post showing that the super-popularity of blonds is quite recent, Diana offered Ana Ivanovic as a brunette alternative to the blond Slavs we see all the time in the media. I pointed out that she was a Southern Slav, and she was surprised that this could make a difference. They are farther south and have a higher infectious disease burden overall compared to their Western and Eastern Slavic counterparts, so we should expect natural selection to have made the Southerns more similar to other Mediterranean European groups by convergent evolution. Furthermore, the groups who have entered the majority's genepool have been different -- just to pick one example, the largest population of Gypsies (the other hot brown girls) resides in Bulgaria, and they are fairly sizable in other areas of the former Ottoman Empire.

Here is Miss Maxim Bulgaria. Obviously, tanner skin, darker hair, and darker eyes are found more in the south (see maps here). Aside from those, what other physical trait in females do you typically associate with Southern Europe? 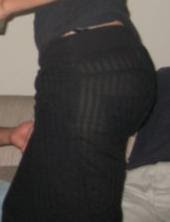 I found this one "in the wild" -- that is, not by typing "Balkan ass" into Google Images -- while browsing through a friend's Facebook. Although not ideal by volume, it is close to perfect in tear-droppity and bouncitude. This friend of my friend is a Bulgarian living in the US (and just graduated high school). A pretty good predictor of the prevalence of nice booties is the historical prevalence of infectious diseases. It may not correlate perfectly with latitude (Poland is pretty buggy, despite being far north), but it's useful enough as a proxy if you don't want to look up maps of the prevalence of malaria, or whatever else, around the world.

The reason is probably that a higher pathogen load pushes people to emphasize sexuality more in mate selection -- good looks tell you that they've got "good genes" for avoiding the endemic pathogens. Apply that pressure over thousands of years, and presto: hotter people. For comparison, where do the most visually attractive bird species, such as the peacock, live? A greater emphasis on sexuality should also cause the females to have a knack for dancing. Judge for yourself:

Click on the video to pop it up in a new window or tab, and watch in high quality. She has other videos that are less sensual but still very hypnotizing. She's Serbian and 17. Bulgaria has a TV show like "So You Think You Can Dance," called "Dance with Me," and a YouTube search for "Bulgarian dance with me" provides more evidence. Here's a 21 year-old contestant doing a belly dance:

Last, let's have a quick look at some Bulgarian pop singers. Pathogen load correlates with the intricacy of birdsongs, so it should produce more heavenly voices in humans for the same reason (it signals "good genes"). Here is Mariana Kalcheva, whose delightful voice allows us to overlook her bottle blond hair (her partner is Reyhan, a Turkish-speaking Gypsy from Bulgaria -- things are complicated in that part of the world). And here is Emanuela, who only sorta looks like a vampire.

If you're an assman who prefers brunettes, and who is captivated more by singers and dancers than by lawyers and businesswomen, the Balkans are a better bet than the Western or Eastern Slavic countries for finding what you're after.