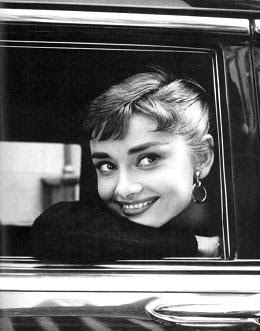 Well, not so directly, but in her post on the female heartbreaker she calls The Eternal Ingenue, she describes the person I've been writing about in my staying girly posts. Unlike the other types she's written about -- The Gold-digger, The Waif-Neurotic, and the Amazonian Alpha -- this girly girl, she says, has men calling her "charming" and "enchanting." Also unlike the other types, according to Clio, the Ingenue provokes envy and jealousy in other women, a sure sign that she is their most powerful competition. Study her ways, female readers: that's your best shot at trapping a man.

I've already written four mini-posts in her comments section, so I won't add anything here, except to note that there is considerable overlap between the Eternal Ingenue type and the typical ballet dancer, who I gushed about here quite uncharacteristically, as I don't find most women very inspiring (or men for that matter). But, god damnit, those dancers just know how to get ya. As Clio notes, Eternal Ingenues aren't necessarily maneaters; she is just pointing out one type of heartbreaker. Most of the ballet girls I hung out with last school year didn't seem like femme fatales * -- a fair number had steady boyfriends -- but I'm sure quite a few of the unattached were the flighty heartbreaker type who couldn't stay infatuated with one guy long enough to turn it into a long-term relationship.

* English pluralization of the French term, just to give Clio an unscratchable itch. Claw at the computer screen all you want; you cannot change the way it looks.