[See here for a list of earlier posts in this series.]

Back in the Fifties, they may not have had the internet or TV recording equipment fancy enough to film reality shows, but that doesn't mean they didn't have just as perverse of an interest in the lurid details of celebrities as we do today. They made do with the state of mass media at the time and pumped out gossip magazines, the most (in)famous one being Confidential.

From a 1955 article in TIME, during the gossip mag's heyday:

In a little more than two years, a 25¢ magazine called Confidential, based on the proposition that millions like to wallow in scurrility, has become the biggest newsstand seller in the U.S. Newsmen have called Confidential ("Tells the Facts and Names the Names") everything from "scrawling on privy walls" to a "sewer sheet of supercharged sex." But with each bimonthly issue, printed on cheap paper and crammed with splashy pictures, Confidential's sale has grown even faster than its journalistic reputation has fallen.


You hear that? The biggest newsstand seller in the country. Not some niche rag that nobody paid attention to. Not to mention all of its imitators.

Folks in cocooning times become starved for gossip, since isolated people won't be getting any in real life. But now that the target is someone unknown to the receiver, someone they could never potentially run into around the community, the receiver will feel none of the natural restraints that keep gossip from getting too lurid or too vicious. It's not like a stranger will be able to fight back. Plus you don't know them, so their feelings wouldn't really count to you anyway. Cocooning breeds a callous and lurid interest in the private lives of others.

These things began to decline already by the end of the '60s, as people got involved in each other's real lives and had something personal to gossip about, though now within the natural constraints of relationships among members of a common group. By the '80s, celeb obsession was at a nadir -- thank God -- though it has since risen again and become as widespread as it had been during the mid-century. TMZ.com, reality TV, bla bla bla.

You can do a Google image search for any of the big mid-century gossip magazines. Just search "hush-hush magazine 1957" or what have you. The gallery below may be a bit overkill, but I want to emphasize how pervasive to culture of lurid voyeurism was back then. All are from the Eisenhower years, yet it's uncanny and depressing how familiar they all feel. (Check the file name for the exact year.) After spending an hour of looking through all the covers, I'm going to need a good '80s cocktail antidote tomorrow. Something uplifting.


'Remember that cute trick you dated? "She" was a he!' 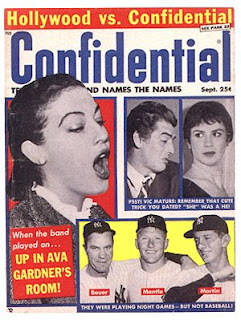 'Now -- Surgery cures frigid wives'
'Why Liberace's theme song should be, "Mad About the Boy!" ' 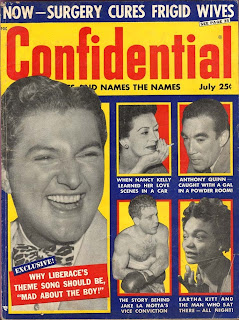 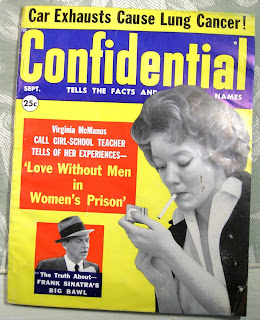 'The inside story on HOMOSEXUALS' 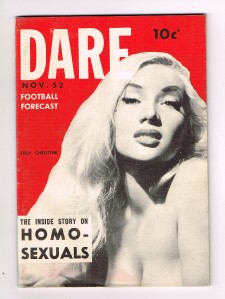 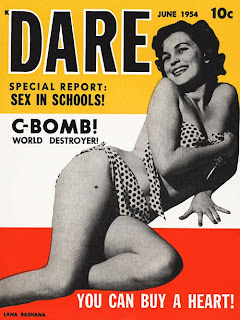 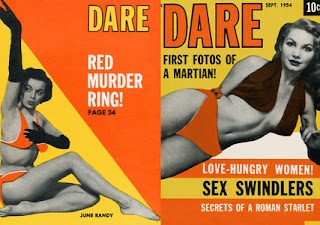 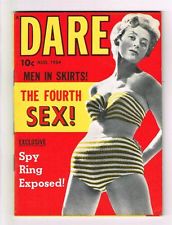 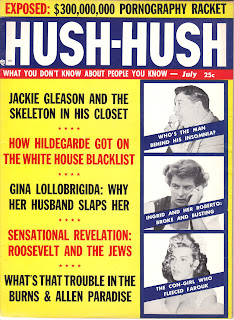 'Why the nude Folies Bergere star tried to kill herself!' 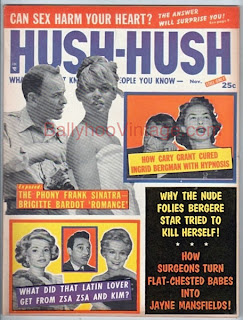 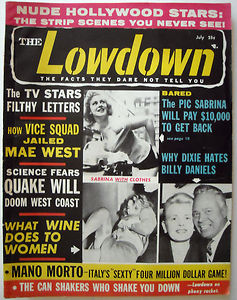 'Debra Paget: She strips to conquer' 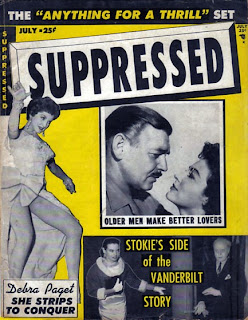 'Scandal of our massage parlors!' 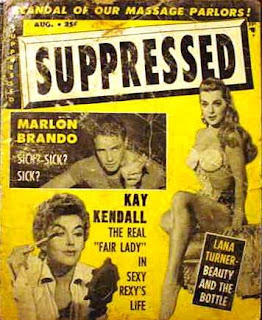 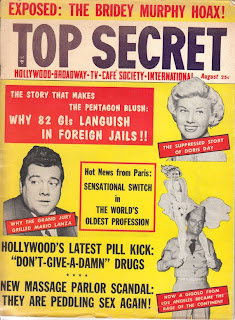 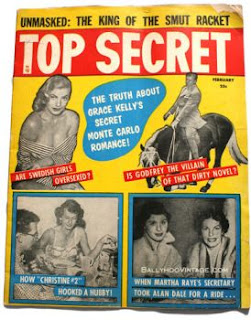 'The bare facts about the torso trade' 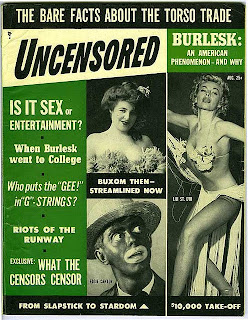 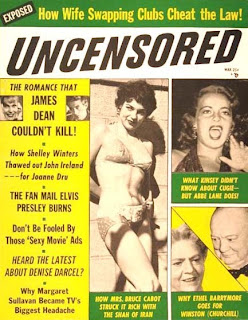 'A pill a day to keep the stork away' 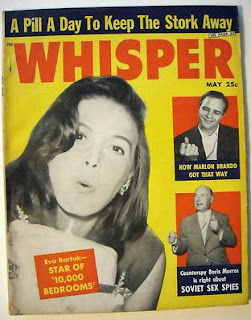