Do larger posteriors correlate with manlier faces in girls? 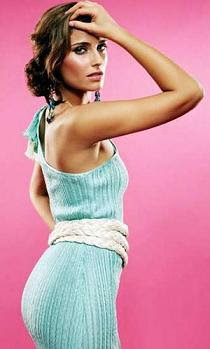 This is something only assmen would have enough anecdotal data to know about -- particularly their frustration in finding a girl who meets their preferences but also has a cute, pretty face -- and I suspect it's true for several reasons:

1) To recap two previous posts on the psychological differences between boobmen and assmen (see here and here), boobmen seem to be the gregarious guy's guy sort, while assmen tend in the Type-A businessman direction. The workaholic likely has higher testosterone, evidenced by his drive and ambition. So, whichever females the high-T males prefer are likely to inherit the genes that drove her father's T level up so high. This has the unpleasant side effect of giving her a more masculine face (and personality). If high-T males are more likely to prefer ass to boobs, then their daughters will resemble their mothers in booty size and their fathers in T level.

3) "Bag over the head" jokes -- don't they refer more often to a girl with a nice ass than a nice chest?

4) Change over the lifespan: unlike the more precocious breasts, a girl's derriere doesn't really reach its maximum size until the mid 20s, which is when she may begin to look a bit more manly in the face than before, however girly she may have been. Case-in-point: Natalie Portman. The girls in the local teen dance club have pretty girly faces, but almost all have zero booty.

This is one reason why boobmen are so much more faithful than assmen: their girlfriends tend to have a face worth sticking around for. For me, though, a beautiful face and a girly personality still win over a large, firm rump. Soon I'll get a girl like Mya who has both.