Note: please link / condense this post to the PizzaGate page on Voat (the clearing house after Reddit shut down its own initial pages), the chans, Twitter, Gab, forums, and so on. We need to get the sleuths working on these leads, as well as further convince readers that there really is something going on here. It could be as simple as leaving a link to this post and a list of the pizzerias to look into.

I don't want this blog to turn into an ongoing PizzaGate discussion, though: this post is simply to lay out several leads for more interested individuals to follow up on. Discuss any concrete findings you have on those other sites, not in the comments here, which are for general reactions to all this weird crap.

After an earlier post on the topic, circumstantial evidence continues to mount about a possible pedophile / child trafficking ring operated by members of Clinton World through the DC pizzerias Comet Ping Pong and Besta Pizza. See this summary.

Now it's worth expanding the scope of the investigation. If those businesses are part of a ring, the same business model should be in operation elsewhere for the same purposes.

What are the odds, for instance, that there isn't a similar pizza front for pedos in Hollywood, a known den of underage sex abuse by elites?

It's hard to dismiss the totality of the evidence just surrounding Comet Ping Pong and James Alefantis -- if there are many other cases that are hard to dismiss, eventually the skepticism is unwarranted, and an investigation by the FBI is in order.*

I've gone through the Instagram accounts of actual pizzerias looking for red flags -- describing pizza as an addiction or obsession or lifestyle, highly sensual and sexual innuendo, a preponderance of underage children rather than other age groups in pictures, odd or inappropriate remarks about those pictures of children, and memes showing sexual pizza imagery or other bizarre pizza imagery relating to children.

When modern managerial culture says don't allow your brand to creep normal people out, especially if you're supposed to be catering to children and families, these are even more flagrant warning signs.

So far I've found at least 10. Two of them (linked to each other) I've looked quite a bit into, and will lay out the details in a post of its own. The remaining 8 I don't feel like investigating myself, since it's tiresome and creepy. But given how out-in-the-open these people are, there is guaranteed to be something in these 8 leads. They sometimes comment on each other's accounts, suggesting they're part of a larger federation.

These businesses and their customers primarily use Instagram for social media, so if you want to search for even more leads, that's where to look through. They're so similar and consistent that you will get used to spotting their tells. How many times do I have to see a meme of some guy making out with a human-size cheese-dripping pizza slice? That depiction of cheese is a motif unique to them -- a slice with something that looks more like runny, globby cheese dip than normal solid pizza cheese.

Again, who knows which of these will pan out? But there's enough red flags in their online presence to look into them. No links are given below, otherwise they might notice traffic spikes. If you're committed enough to investigate them, you can easily google their name. And don't be a retard by leaving comments directly on their accounts.

In no particular order, with some representative red flags (among many others omitted for brevity). Click to enlarge the text of the creepy comments, hashtags, etc.

1. Pie Five Pizza (brought up on /pol early on, but forgotten) 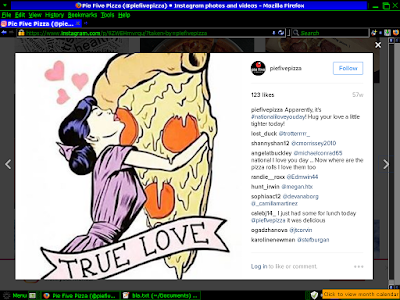 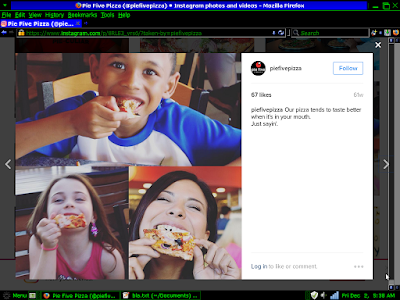 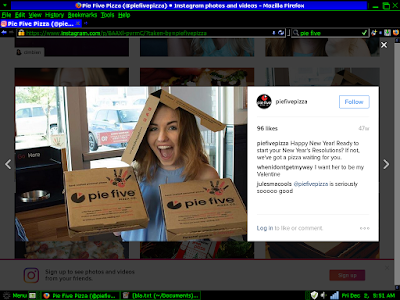 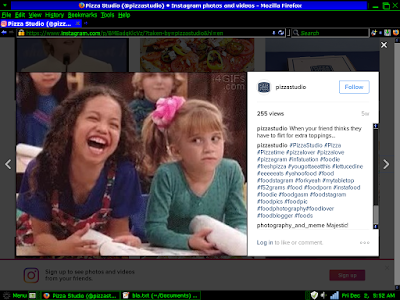 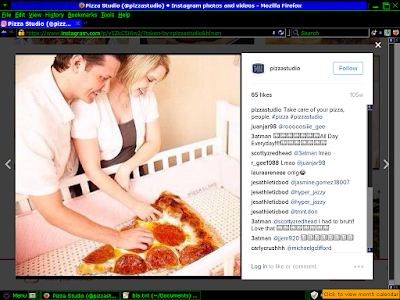 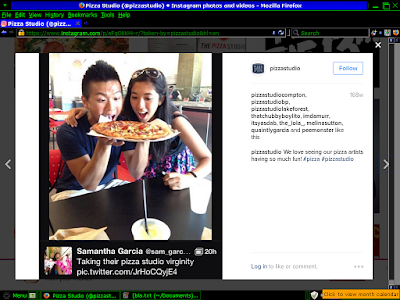 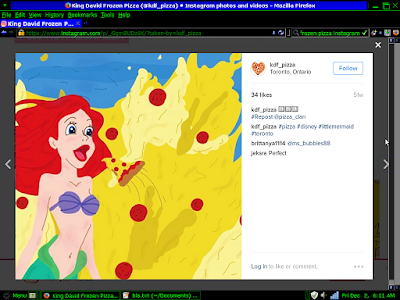 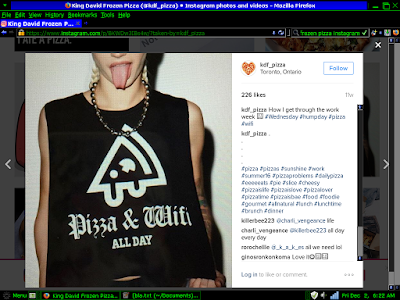 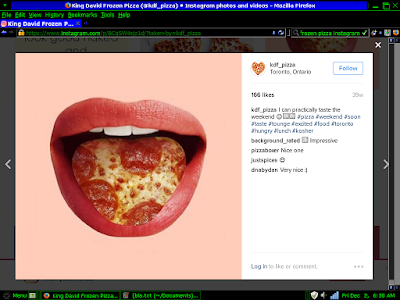 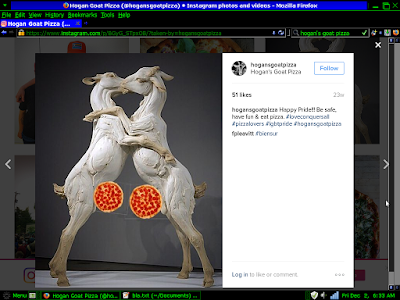 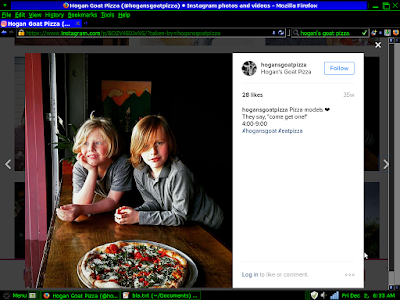 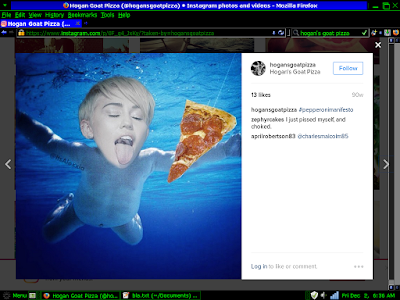 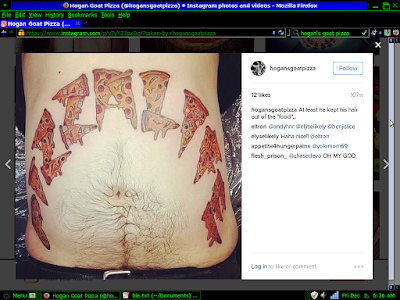 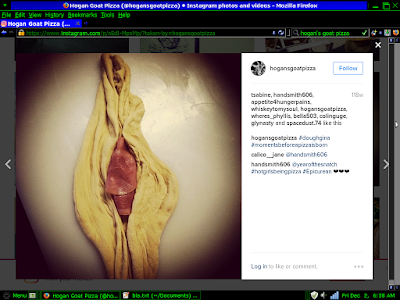 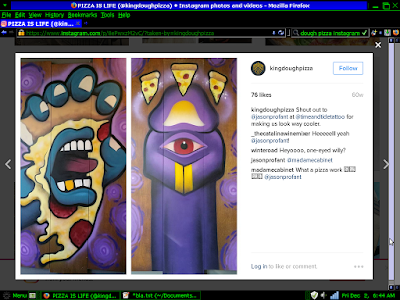 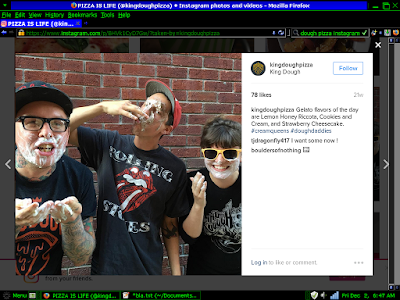 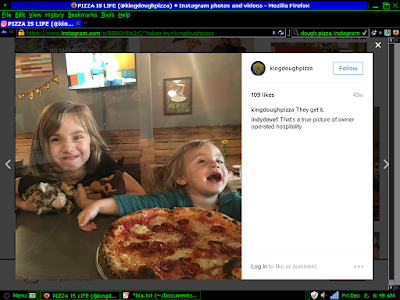 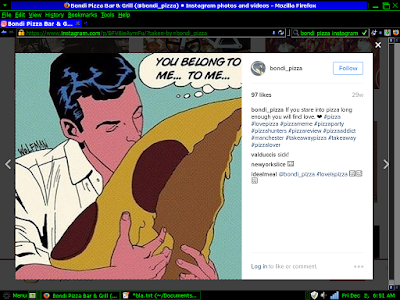 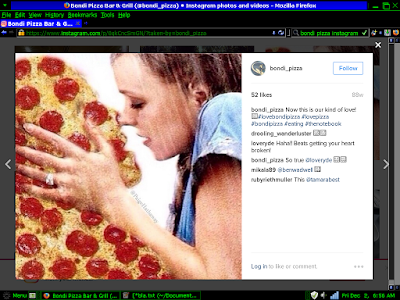 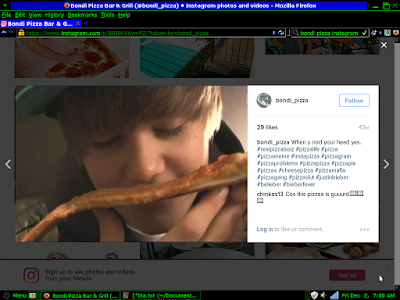 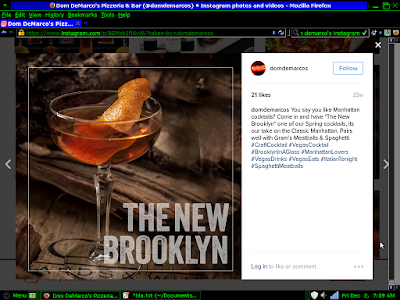 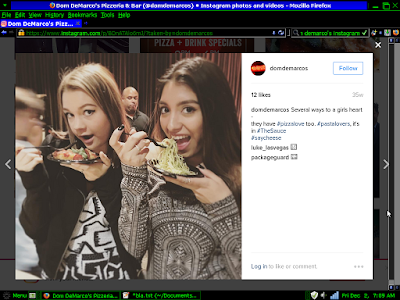 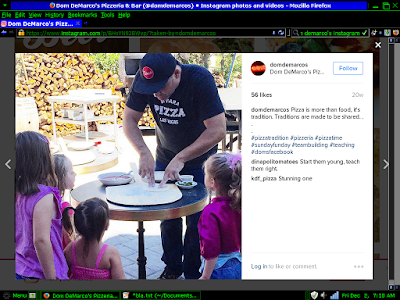 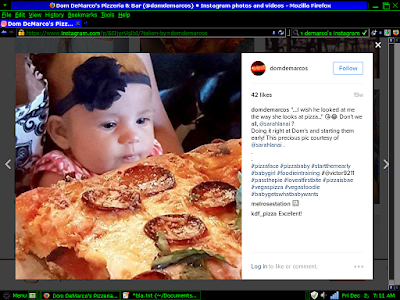 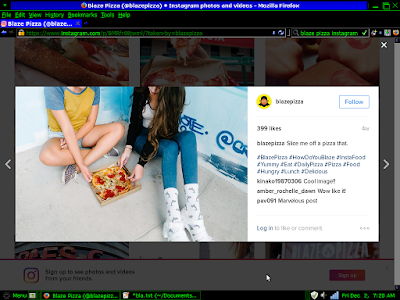 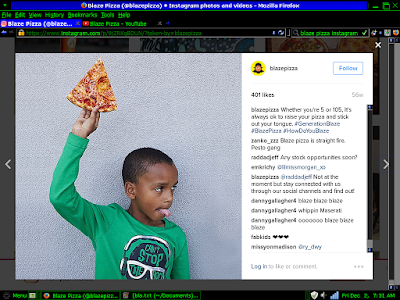 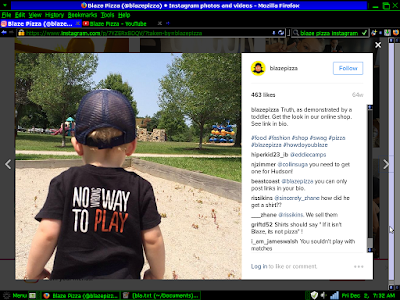 Information to look into: Who is the owner, who are they connected to, where are their locations? And most importantly -- do they have connections to organizations claiming to protect children, particularly from abuse? A common theme in articles about pedo rings is that the groups responsible for taking them down -- whether benevolent non-profits or law enforcement agencies -- tend to get hijacked by pro-pedo individuals.

It's important to note that it's not clear what exactly these shady groups are up to. Child trafficking, pedophile rings, teenage prostitution, distributing child pornography, creating but not distributing it, something else? I wouldn't get too obsessed with uncovering what degree the crimes rise to, which the FBI will be figuring out. What internet sleuths can do is track down who is definitely up to something wrong, and get the word out.

I also wouldn't start with fixed expectations about who the elites are that are enabling this deviance. Comet Ping Pong and Besta Pizza were linked to Clinton World because they're in DC. Other locations will be tied to different sectors of the elite -- the movie industry in Hollywood, Wall Street in New York, tech and banking in Silicon Valley, and so on. Some of these 8 are chains with many locations, and it may be that the crimes are only taking place in some of them, where elites are concentrated.

For that reason, don't obsess over the Spirit Cooking angle to Comet Ping Pong, as weird and disgusting as it is. Maybe there will be a tie-in to a Satanic LARP-ing cult in the other cases, maybe not. We know for certain that no such group was involved in the pedo abuse within the Boy Scouts, the Catholic Church, and the like -- it's not about the elites being into the occult, but orchestrating the sexual abuse of children and covering it up.

* In fact, it's probably an anonymous FBI agent who initially leaked the details about Comet Ping Pong. Nobody would have noticed any of those clues on their own, and they had been sitting in plain sight on the internet for years. If we can figure this stuff out after an initial tip, the FBI likely has case files started on everything we already are and could soon find ourselves discovering. The internet sleuths are not so much breaking ground, but giving an advance warning of what law enforcement had already been preparing to expose and prosecute.

The reason why they aren't pursuing the cases toward indictments or announcing anything to the public is, as we've seen with Comey covering up for the Clintons (going back to the Marc Rich pardon), the elites have been above the law. With outsiders Trump and his Attorney General Jeff Sessions coming into power, that situation will no longer hold.