A couple quick updates on PizzaGate.

First, in late November the AP reported on a major pedophile ring in Norway being busted, leading to dozens of arrests, including two politicians. This report was picked up by the NYT, WaPo, and ABC, among others. All three major media groups have removed the story from their sites and archives, while it is still up on the AP's own site. See here and in the comments.

A more thorough report from The Independent, UK, mentions that it was a tip by the FBI that led Norwegian authorities to launch their attack. Again we see that the FBI, at least the rank and file, are the good guys among the feds. The CIA are globalist traitors.

The major media have suddenly decided to censor this story because they don't want Americans to have a broader pattern already in their minds, which the PizzaGate revelations could fit neatly into. You aren't supposed to have in the back of your mind a news item about a pedo ring being busted that involved several politicians. Otherwise you might be more accepting of the inevitable reports that John and Tony Podesta from Clinton world are involved in some kind of pedo ring.

Desperately trying to erase this story two weeks after the fact, and on a weekend when hopefully nobody would notice, just shows that there is some seriously damning stuff going on here. The nature and extent of any crimes will be determined by a proper and thorough FBI investigation, but given the kinds of evidence the Establishment has been erasing, it relates to pedophiles.

On that note, a recent post showed that pedo symbols appear on the logos of child welfare and adoption agencies, suggesting they are implicated, perhaps as the suppliers of children to the pedo rings.

Well just a few days later, I've found yet another instance of the same logo that appeared on the San Antonio Center for Childhood Trauma (meant to help abused children fit into foster homes) and Terasol Artisans, the restaurant across the street from PizzaGate Central, Comet Ping Pong. Besta Pizza, also across the street, deleted a pedo symbol (spiraling triangle) from their logo within days of PizzaGate breaking. Days later, Terasol joined in deleting the pedo symbol of concentric hearts from their website.

As I was catching up on the findings from /pol (in this thread), I saw that someone else found that exact same logo on yet another child welfare agency -- Through the Storm Outreach Ministries (Kingstree, SC, a rural black area). Its ostensible purpose is to help homeless and runaway youth, particularly pregnant teens or teen moms. They explicitly say they're going to help them avoid sexual abuse and prostitution.

And yet, there's that logo again (lower-right): 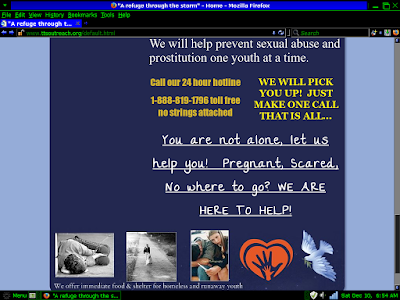 It's the exact same logo, with the transparent background again picking up whatever color is on the webpage it finds itself on.

It's clear how similar this child welfare group is to the one from the earlier post. What's not so clear is why they both share the logo with Terasol Artisans. But if it was damning enough that Terasol removed it entirely from their website within a week of the PizzaGate story centered on two businesses just across the street, it cannot be a good sign wherever it is found.

Through the Storm mentions elsewhere on its site that it provides off-site daycare. So if you're a teen mom, you're not only making yourself vulnerable by wandering into these people's arms -- you're also putting your child at risk. Given where else this logo appears, who the hell knows what they're doing with your small child at the off-site daycare? 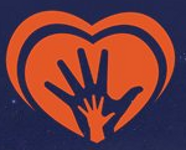 You might be skeptical about two places using similar designs, but in this case they are identical across supposedly independent businesses. And there are now not just two but three of them, in Texas, South Carolina, and DC. They all have a higher awareness and/or coordination in whatever it is they do. It serves as a distinctive uniform logo, not just variations on a dog-whistling design theme.

ADDENDUM 2: Another hit, also a life coach who deals with children and families, including LGBT and addicted. Former counselor to abused children, and has been a live-in nanny! BTW, from San Francisco.