When the news first broke about the potential pedophile ring operating out of Comet Ping Pong in DC, it didn't take long for another pizzeria two doors down, Besta Pizza, to remove a known pedophile symbol from its logo (a triangle spiraling to form two concentric triangles).

Knowledge of these symbols comes from an FBI document obtained by WikiLeaks in 2007. The main ones are shown below. Click any image to enlarge. 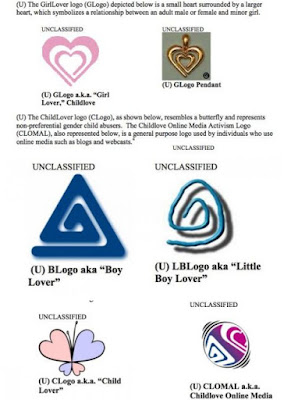 As the citizens' investigation expands beyond the pizzerias themselves, and looks at potential sources through which the children would be trafficked, attention has turned to agencies that have easy access to obtaining and transferring children -- adoption, foster care, international relief and rescue, and the like. They would be the suppliers.

Do known pedophile symbols show up in the logos of these child-themed agencies?

In a post at the PizzaGate page on Voat, a graphic designer has gone through a national online database of such agencies, and tried to track the evolution of their logos. The idea is that the FBI document is from 2007, so by 2016 pedophile groups may have subtly altered or added to the symbols in order to evade detection. His purpose is to identify new symbols.

But plenty of these agencies are still using the old symbols known to the FBI 10 years ago. I did a Google Image Search for "adoption logo" and so on, scanning for concentric hearts, spirals, etc. Many results are indeed variations on these few themes. However, what's truly disturbing is how brazen some of them are, being near carbon copies from the FBI document.

Here is a screenshot of the webpage for the International Adoption Clinic of the Kennedy-Krieger Institute and Johns Hopkins Children's Center. They haven't bothered updating the look since 2004, around the time of the FBI document. Notice the heart logo in the upper-left:

Look familiar? Here is a side-by-side with the "girl lover" pedophile symbol from the FBI document of the same time:

Concentric hearts formed by a single stroke that spirals inward, clockwise, with the colors being white and pink-purple. All that's missing for a total copy is the final diagonal side on the inner heart of the second logo. Still, 99.9% identical logos for the International Adoption Clinic and organized girl-loving pedophiles. Not a coincidence.

Next, consider the logo of Terasol Artisans, a bakery across the street from Comet Ping Pong. Less than a week after PizzaGate broke, they deleted this logo from their website, just like Besta Pizza did with theirs, revealing it to be damning evidence. Here is one of the last days it was displayed:

Now consider the San Antonio Center for Childhood Trauma and Attachment LLC, a company that ostensibly trains child welfare workers, teachers, and parents of foster children how to integrate children into a new household, who show signs of a traumatic childhood. Check out the logo on the upper-left: 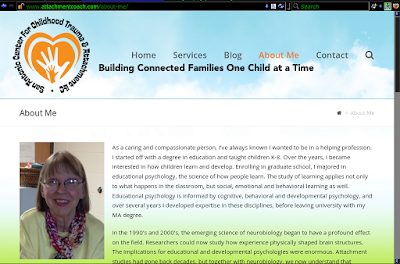 In fact, they are 100% identical. (The logo's background is transparent and picks up the respective colors of the two different webpages it's laid on top of.)

Terasol removed this logo during a scandal about pedophile rings at a business across the street, yet here is the exact same logo for an agency that is supposed to be protecting abused children. And both feature the telltale girl-lover symbol of concentric hearts.

The two examples so far have looked at private groups -- what about similar groups within the government? It turns out they, too, appear compromised. Check out the logo (lower-right) for the Child Advocacy Center within the Sheriff's Office of Wicomico County, MD: 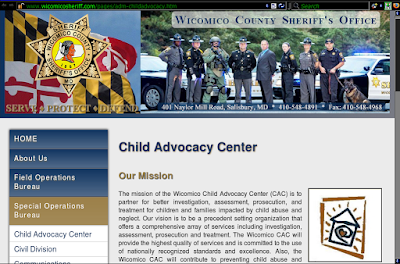 This one combines both the concentric hearts and the spiral motifs from the FBI document.

The fact that the logos of child welfare and adoption agencies so closely conform to pedophile icons suggests that they are involved in the child trafficking rings. They would be the ones who acquire and/or distribute the children wholesale to the black-market, whereas the restaurants like Comet Ping Pong, Besta Pizza, and Terasol Artisans would be the retail middlemen. (See this post on the possible ecosystem of the various shady businesses all on the same block as Comet Ping Pong.)

What exactly these groups are up to, we don't know. But it involves moving children around, is morally shady enough that they delete damning evidence when exposed, and uses a small group of (not-so) secret symbols to let the intended audience know who to approach.

Obviously not all of their business falls under this category -- I'm sure they do plenty of morally permissible activities as well (selling literal pizzas, matching foster kids with stand-up foster parents). The point is that they appear to be carrying out both the permissible and the suspicious activities, as though they were front groups (whether they were founded as such, or were hijacked and co-opted by pedo-enablers).

Now, go and post this wherever there is an audience for the PizzaGate story -- the Voat page, /pol, Twitter, Gab, Reddit, the forums you post on, whatever. I'm just doing the research here -- spreading it is your job. And buckle up, it looks like some serious stuff will be discovered on a daily basis from now on.