Triggered by Trump the trustbuster

In his own Gettysburg Address, Trump announced his plans for breaking up monopolies, beginning with the tentative merger of AT&T and Time Warner, but also going back to Comcast and NBC Universal, and similar cases. Today just six corporations control all of the media, compared to 50 corporations back in 1983 -- and even that was already considered a "monopoly" by media researchers, compared to the days when every town had a thriving independently owned newspaper. 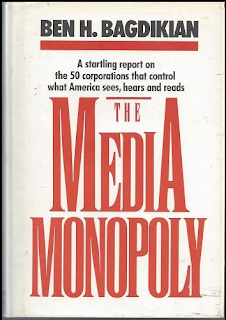 The new trustbusting agenda is yet another example of the Green meets Red re-alignment between the anti-globalization movement of 15-20 years ago and the Republican base (not the Establishment). To a former Nader 2000 voter like yours truly, this election truly is the gift that keeps on giving.

Not everyone is taking the re-alignment so joyfully, though. Here's The Young Turks: Politics reporter, Emma Vigeland:


Trump opposes #ATTTimeWarner. Hey, @HillaryClinton.. Why is a fascist more progressive on this than the "progressive who gets things done"? pic.twitter.com/yod0io9bUw
— Emma Vigeland (@EmmaVigeland) October 24, 2016


See also her video discussion of the merger ("live from my mom's kitchen" -- so cute), where she explains that Trump is "out-progressiving" Clinton, before getting triggered and moving on to more comfortable thoughts.

In contempo lefty lingo, "fascist" means a fan of law-and-order, as opposed to preferring anarchy for criminals. For the childlike mind of leftists, the fundamental political divide is between "Go to your room without dinner" vs. "I'll do what I want, Dad". So in her imagination, Trump is an authoritarian, wanting the police to crush the average citizens, and large corporations to have their way with the peon workers and consumers.

Vigeland doesn't get the underlying logic of populism, whose leaders want to protect the little people from destabilizing forces beyond their individual control. That includes roving criminals, as well as gigantic corporations. And voters who choose populist candidates are not seeking authoritarianism, but that kind of protection from destabilizing forces too unwieldy to fend against all by themselves.

To minimize the uncomfortable cognitive dissonance, lefties re-imagine Trump as only wanting to break up the media monopoly for selfish motives -- they screwed him over with biased coverage, now he'll make them pay. If true, that would make him less genuinely progressive, and not a threat to their worldview, where a Republican can never be anti-corporate.

No doubt getting revenge against his slanderers will be icing on the cake for Trump, but he's taken too many anti-corporate stands on too many topics that don't bear directly on character assassination. E.g., slamming a 35% tariff on off-shored manufactured goods, to keep the plants and jobs from moving outside the country.

If the left sees too many pieces of Trump's agenda all at the same time, they won't be able to unsee the populist gestalt -- they'll have to accept that he's not an authoritarian or fascist, who would be trying to centralize corporate control.

You can see them occasionally admit reality, when they chuckle at the "surreal" experience of a Republican out-progressiving a Democrat. They use the word "surreal" as a DOES NOT COMPUTE error message, prompting their mind to find a way to fix the problem -- he's just doing it for selfish reasons! (Never mind how much money and brand value he has sacrificed by taking all this abuse for over a year now.)

It remains to be seen whether they'll ultimately relent and join the cool people's party, or whether they'll be popping pills for cognitive dissonance reduction every day until he's left the White House. Either way, keep your eyes open for useful allies like these ones.