The Never Trump crowd is finding out just how small it will be by November. But that isn't stopping some of the more autistic and delusional ones from playing with their electoral tinker-toy sets to show how their Rube Goldberg device just might become reality and send a hardcore right-wing nutjob into the Presidency.

Typical is this recent post by a resident genius from The Federalist: 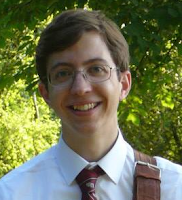 Heh, you Trumpkins underestimate this 19 year-old
closeted Young Republican at your peril...

We can ignore the quantitative part of his argument, since he can't count (e.g., assumes that all non-Trump voters in early primaries won't vote for Trump in general, despite a complete consolidation by the Convention -- witness the capitulation of Nebraska voters, who are in the heart of the Cuck Belt yet voted Trump at over 60% once he was the only candidate left running).

Instead, let's just grant that by a miracle, no single candidate gets 270 electoral votes in a three-way race between Clinton, Trump, and Cuckenheimer. The election goes to the House of Representatives, where the Representatives vote as a single state bloc, and where 26 states are needed to win. Highly blue states make up a little under 20, in the House.

So, Cuckenheimer might receive as many as 10 states during the first ballot, Trump 20, and Clinton 20. No majority, go to second ballot -- where the 10 cuck states gradually, or all at once, capitulate and vote Trump. No cuck state is going to be instrumental in sending Crooked Hillary to the presidency.

The reason that the House of Representatives would never choose a hardcore right-wing nutjob third party candidate, just because they technically could with a solid Republican majority of states, is that there would be bloody revolution all throughout the land -- beginning with the Representatives themselves. Cuckenheimer would have hardly any electoral votes, few states, and a pitiful share of the popular vote. Everyone would be agin' 'im, and no one fer 'im. To parachute him in through technicalities would trigger our sense of injustice, and we would put an end to it.

Only an insulated nerd like the Federalist cuck can believe in these outlandish scenarios. They live in a "revenge of the nerds" fantasy land, where they never get punched in the face for taunting a crowd while hiding behind legal technicalities.

The only viable solution left for them is to prove how not-racist and principle-driven they are, and relocate en masse to Mexico, where they can assimilate into their "natural conservative" neighbors. Vaya con dios, faggots!