Trump: Are John McCain and Lindsey Graham ambiguously gay for each other?

After recently referring to Hillary Clinton and her aide Huma being lesbian partners (here at 13:23), Trump now puzzles over why Lindsey Graham and John McCain are always sitting together, they're like the Bobbsey twins (instinctively picking up on gays as infantilized), just once he'd like to see Graham sitting by himself, etc. (here at 11:45). He even throws in a Seinfeld reference afterward -- "I'm not knockin' it..." ("Not that there's anything wrong with that...").

Graham is a barely closeted fag, but I never thought about McCain before. Honestly, I don't follow TV media, so I don't know any of his mannerisms or typical facial expressions, other than he has weird-looking cheeks. But after being tipped off by the Trumpmeister, I went searching Google Images, and found lots of pictures of him with noticeable, albeit not flaming gayface.

The telltale sign is the inability to smile like a grown-up, pulling the upper lip tightly out toward the sides, and lowering the lower lip so as to show the lower row of teeth. Only babies smile that way, which identifies the male homosexual as one who is still mentally in the "ewww, girls are yucky" stage of social development. 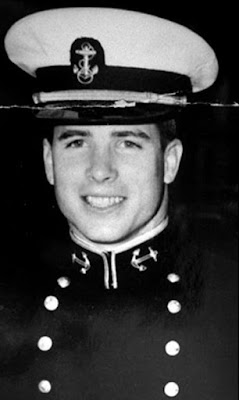 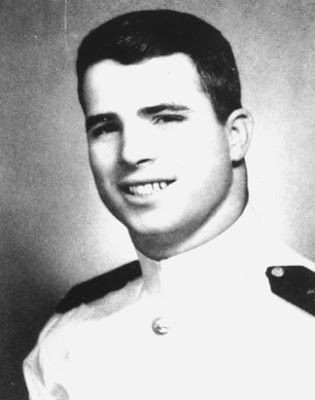 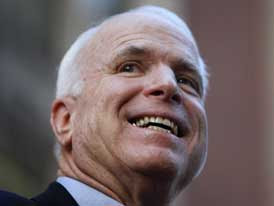 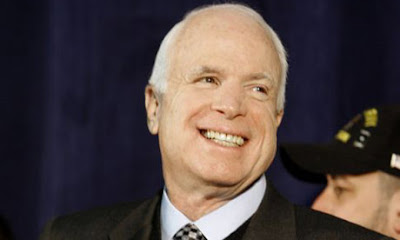 So, are these two Senators literally gay for each other, or just unusually chummy on account of their shared unusual sexual orientation? Beats me, but I wouldn't rule out them having had something sometime (Graham obviously being the bottom): 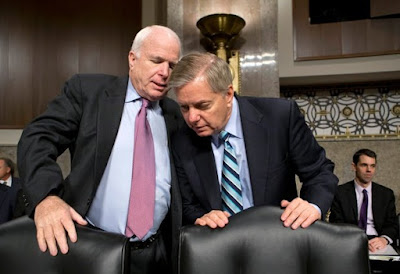 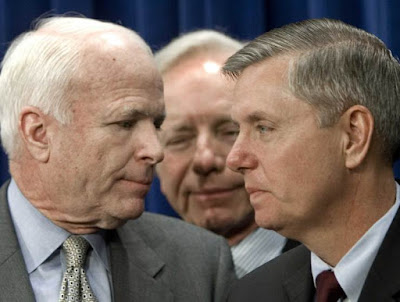 BTW, that helps to explain the hysterical caricature of hawkish militarism that both McCain and Graham are known for. Since gayness is defined by infantilization, they're like the 7 year-old boy who wants to declare war on the whole world, unilaterally, for not agreeing with him or for shutting him out of some group.