Suburban woods reverting to overgrown jungles -- an effect of cocooning?

When I've visited home the past several years, I've been amazed at how overgrown the woods are around suburban Washington, DC. I started playing around or trekking through these woods in the mid-1990s, so I know them pretty well -- at least I thought I did.

Many paths have shrubs and saplings blocking their entrance and obstructing the way off-and-on along the rest of the course. The only exception is paths that are paved. There is so much underbrush sprawling in all directions that there are hardly any more clearings to be found. Not to mention a number of invasive species that would have been totally unfamiliar just 20 years ago.

With so much overgrowth and so few human beings tramping around, there are now deer thriving in spots just behind suburban parks. And they've become so settled-in that they don't startle and run off when they see a person nearby. Twenty years ago, you had to travel farther back into the woods to see deer; now you can spy them from a playground in a residential area.

I would've taken pictures, but that would only be useful if I had similar pictures from the '80s or early '90s to compare them with. Nothing much comes up on Google Images, though. For lack of a closer comparison, then, let's take a look at the woods as they appear in two horror films, a genre that loves to shoot on location. The first is from Friday the 13th Part VI: Jason Lives (1986), the second from The Lashman (2014), a movie that turned up when I searched for "friday the 13th woods," and which is an attempt to shoot an '80s slasher flick in the 2010s. 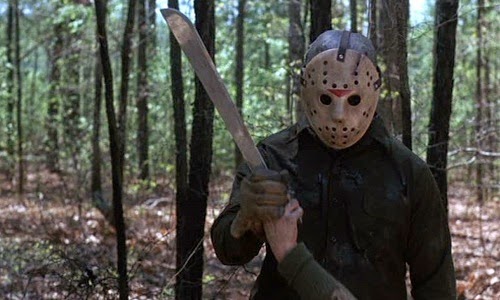 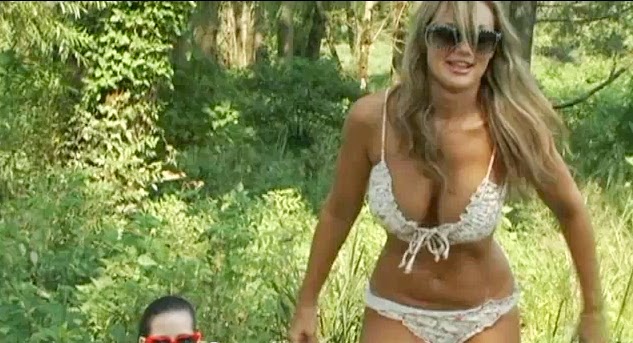 Granted, the two shots are not from the same spot in the same woods, may have been filmed in different seasons, and so on. But all the memorable wooded scenes from movies of the '70s and '80s look walkable -- Monty Python and the Holy Grail, Swamp Thing, The Princess Bride, Heathers, and so on and so forth. They're just how I remember them, and the shot from The Lashman and other candid pictures from Google Images look just like my neck of the woods today.

The simplest explanation seems to be that in a climate of cocooning, people have abandoned the woods as one of those public spaces that they visit every now and then. Each person has a small effect on tramping down the underbrush and knocking twigs, branches, and shrubs out of their way, but cumulatively the effect is huge -- carving out entire paths and clearings in what would otherwise be a hostile habitat.

When I've gone out to the woods these days, I've never seen another person back there who was wandering off of the paved path. At most you see folks walking, jogging, biking, or walking their dog along the official bike path. So even when cocooners do visit the woods, they are still paranoid and fearful of what lurks just 10 to 20 feet away from the officially designated path.

In an earlier post I mentioned another clear sign of how the woods have been abandoned over the past 20-odd years -- the decline in tree carvings (which usually carry dates), and the sparse amount of litter from recent compared to earlier years. Close to the official paths, you can still find current-day beverage cans and plastic wrappers, but once you go off the beaten path, you are only going to find glass Coke bottles, rusted cans, pull tabs, narrow-mouth openings, old logos, and long defunct brands like Schlitz, Stroh's, and Nehi.