Regret worse than guilt in the long run 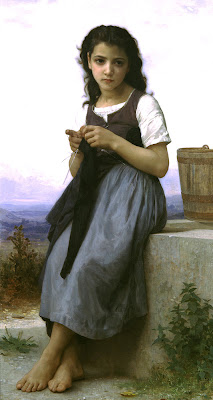 I've never had the problem of planning too much for the future -- strikes me as bizarre. I'm smart and hard-working enough to get stuff done, I'm not drowning in debt, and I don't splurge a lot. But I'm still incredibly impulsive and novelty-seeking -- as you can probably tell from how often and how widely my focus changes in writing these things.

Motivated more by avoidance of future regret than of present guilt, I've led a pretty satisfying life so far, on reflection. Had I done the prudent thing, I never would have lived in Barcelona -- twice -- leaving only when I was broke. I would have gone straight to grad school in linguistics and would be further along in "establishing my career," rather than wander the academic world in search of a greater rush. And I would never have encouraged my tutorees when they aggressively flirted with me.