The four stages of man in relation to girls

Human beings have "long" life histories, whereby we mature in lengthy stages rather than pop out of the womb fully formed, fuck like mad, and then drop dead. (Although the fate of doing the last two in succession has befallen a man or two.) Ultimately, all of our efforts are unconsciously geared toward surviving and reproducing, assuming we are adapted to our environment. Male mating effort can be roughly broken down into male-male competition and courtship of females. Below is a rough but useful guide to categorizing a male as a child, adolescent, younger adult, or elder adult simply by determining his overall reaction to girls.

Girl-ignorers, ages 1 - 12. Before puberty, male children are too busy engaging in male-male competition, such as rough-and-tumble play, to pursue girls. Allocating almost all of their effort to male-male competition probably serves to build up a boy's status before he gets around to approaching girls. At most, a boy feels occasional disgust toward a girl, but they are largely out of sight and out of mind. 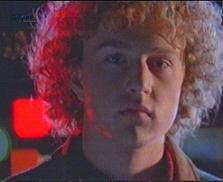 Girl-haters, ages 13 - 24. During this phase, males become magnetically drawn to girls, only to discover that the attraction is nearly never mutual. It does not augur well when you hate something so badly and yet want to stick your dick in it even more. "Goddamned girls!" mutters the exasperated teenager.

Typical causes of girls not reciprocating the feeling are:

- That boys don't possess enough social savvy to approach and treat girls the way they want to be approached and treated.

- That boys are so helplessly attracted to girls that their eagerness and desperation turn girls off.

- That boys have only a crude idea of what girls like -- they believe that driving a flashy sports car will work better than practicing how to flirt better.

- And that boys are more given to magical thinking, believing that if only girls would act like boys and share the same interests and leisure activities as boys, the problem would be solved! * This innate tendency is only exacerbated by moronic feminists telling boys that "girls have the same thoughts, feelings, and actions as you do." But in the same proportions?

Girl-lovers, ages 25 - late 30s. Guys finally get over the expectation that girls are only worth dating if they like hardcore punk, extreme sports, and James Bond movies. Their levels of the personality trait Neuroticism settle down, so that they are less touchy and desperate. Not being as socially adept as girls, they require more experience to figure these things out, and they have enough experience by the mid-20s to better understand how to treat girls.

Also, because male-male competition is considerably less macho than it is from 15 - 24 (when males are most likely to commit violent crimes), they feel more at ease learning how to cook or prepare a few things that will excite girls, how to dance well enough to feel at ease in a club, and similar things that girls are truly attracted to. For one thing, they invest more money in professional clothing and a "good zip code" than in sports cars or expensive athletic shoes.

I haven't seen the numbers, but I'd bet that 99.9% of pickup artists are between 25 and 40. It is odd that their writings never refer to what a guy in college should do -- presumably, under-25 guys are chemically incapable of getting into the right mindset. **

Girl-piners, early 40s - death. I've been referring to how males react to "girls," and that's deliberate -- as in, females who are roughly 16 to 25, and particularly 18 to 23. *** By their early 40s, only the richest, gorgeous, and most powerful men can hope to date or be intimate with a girl. Mankind's trusty deus ex machina emotion, self-deception, swoops in to rescue him from becoming depressed over what he can no longer enjoy, even in principle. He tells himself that he's "too old to bother with the drama of younger women," that he's "been there, done that," or has simply "grown wise enough to perceive the beauty of older women," which youthful lust had blinded him to up till then.

As the movie Lost in Translation illustrates perfectly, once men enter their girl-loving phase, they never want to leave it. They only realize this, though, if they meet someone unusual who lifts the veil of self-deception, and they find out they'd been pining for girls all along. Not having spoken to many men who have had an encounter with such an unusual someone, I can't say how long the awareness lasts. Those who continued to observe reality with their by now delicate eyes, without a softening filter, would surely be ruined. To mix metaphors, I'd expect the sensation to decay, as the taste of honey diminishes once the spoon's been removed from your mouth, and for healthy self-deception to habituate him back into his girl-less existence, like saliva that breaks down the honey's remaining traces, restoring the taste of nothing in particular.

Scarlett Johansson is 18 in that movie, by the way.

Now, clearly the age ranges above are schematic and represent averages. There is still variance: some males may become suave earlier than usual, or bloom later, while some never leave the girl-hating stage. In the last case, either a propensity to hate girls throughout the lifespan has a negligible genetic component, so that natural selection is unable to weed these males out of the genepool, or girl-hating is heritable but such men somehow find a way to reproduce. Being undesirable, they could only hope to attract undesirable females. That, or they would have to excel at something and find unbelievably forgiving females, in the same way that shorter men find mates if they stand out (in a good way).

* The personality trait Openness to Experience shows an upside-down U shape over the lifespan: it increases during adolescence, reaches a peak during college, and declines after 25 - 30. I'm sure I wasn't the only retarded college student who thought of polyamory as a solution to the problem of pairing off. "Gee, if only we all had multiple boyfriends or girlfriends, then we wouldn't feel so nervous asking someone out or rejecting them, since that's easier to do when you've already got several partners. Plus it makes you more likely to kick bad partners to the curb if you've got a reserve." For some reason, girls never bought into this idea (though I never proposed it to them!).

** Based on my observations of under-25 guys -- I eat one meal a day in the college dining hall and attend a weekly 80s night, where almost no one is older than 25 -- their natural reaction is to stare at a girl they like, to show too intense of a demeanor if they manage to approach her, to brag often without softening the blow via self-deprecation, and worst of all, to be utterly inept at interacting with her once she starts flirting. He takes a playful tease personally, proceeding to puff up his chest in defense, and sends her a cluelessly cutting remark in return. And as I pointed out here, college guys will do the most humiliating things, in public, as long as a pretty girl tells them too, in the despicable hope that it will win them points with her. All of these examples show why it would be futile to design a pickup manual for college guys.

*** The evolutionary reasons for this are not hard to understand. For one thing, girls are more fecund than much younger or older females. Apart from ability to conceive, they are naturally more healthy, and this is as important as conceiving in the first place. In fitness terms, always miscarrying is tantamount to infertility. Finally, a girl's expected contribution to a man's fitness is higher than is that of a much older woman, for the simple reason that she has decades longer to live, during which to help him out.