Since Tulsi was not seriously contesting the Iowa caucus, leftoids could not blame her for getting a few percent of the vote that could otherwise have gone to Bernie. She has been campaigning in New Hampshire, though, so expect her to get several percent there. But because the NH race will be close, as in Iowa, this time the leftoids will target her if Bernie gets another statistical tie, which looks likely.

The left shut their mouths while Lyin' Liz Warren came back from a near flame-out at the end of 2018, when she broadcast her DNA results that proved she wasn't even remotely Native American. Indeed the left helped her come back -- she was about as good as Bernie, just not totally. She was a solid progressive, not a neoliberal, a populist firebrand, and of course a woman. They were on the same team, would pool delegates at the convention, and together destroy the Establishment.

Roughly half of Bernie's 2016 coalition -- the more yuppie demographics -- defected to Lyin' Liz, and they hardened their allegiance to her because they've had more than a year of zero punishment from the left for defecting. If anything, they've seen signs of encouragement from the left. They can still switch to Bernie, but it will take a lot more effort now that they're so strongly attached to Lyin' Liz, who they were only vaguely happy-clappy about at the end of 2018.

After sucking up 20% of the vote in Iowa, Lyin' Liz is set to suck up about 15% in NH -- far more than Tulsi will. Warren, not the DNC, cost Bernie a solid win in Iowa. If he essentially ties or even loses NH, that will also be due to Warren, not the DNC. Because the left opened the gate to this progtard Trojan Horse, they are ultimately the ones responsible for Bernie's failure to decisively win the early primaries and knock the Establishment off-balance.

Suppose that the DNC rules allowed Tulsi to get a few delegates with a 5% share of the vote (current rules say you need 15% in a district or statewide to be viable for getting delegates). Is there any wonder whether Tulsi would pool those delegates with Bernie at the convention? She endorsed him last time, resigned as the vice-chair of the DNC over its flagrant interventions to derail his campaign, and has come to his rescue several times during the primary -- most recently when Lyin' Liz stabbed Bernie in the back by lying that he told her a woman could not become president.

Would Lyin' Liz pool delegates with Bernie? Of course not -- she refused to endorse him last time, put no skin in the game to help Bernie's campaign, indeed entered the race precisely to split up his previous coalition, and has repeatedly stabbed him in the back with ridiculous lies (he said a woman couldn't be president, he receives dark money and I don't, etc.).

Anyone who complains about Bernie's lack of a blow-out victory in NH, like the one he enjoyed in 2016 (winning over 60%, with Hillary getting less than 40%), should have been single-mindedly focused on destroying Warren in total. Her history, record, funding, image, everything. 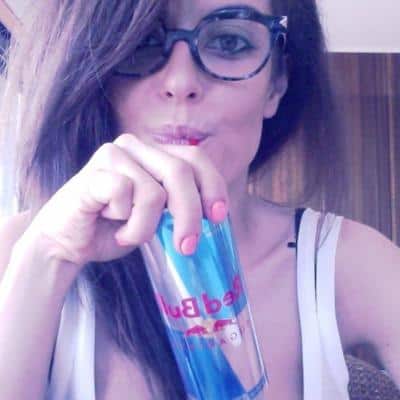 Instead, they whine about Tulsi, who might get 5% and who has helped Bernie so far. Would that 5% have turned out if Tulsi had not been campaigning? I doubt it. They're most sympathetic toward Bernie, so assuming they turned out, and there were no Tulsi, they would go to Bernie. But you can't assume turn-out -- we don't have mandatory voting, let alone in party primaries.

Tulsi draws more from Indies than from hardcore Democrat partisans, which makes them less eager to vote in primaries. And they're clearly turned off by the shift Bernie's campaign has made vs. 2016. He's more of a standard-issue woke progressive call-everything-fascism type this time, just one who's offering Medicare for All -- including everyone all over the world, a woke neoliberal poison pill which is designed to prevent it from receiving broad support.

I think the Tulsi voters supported Bernie in 2016, but would have mainly stayed home in apathy due to his more woke yuppie focus this time around, at least at the primary stage. They're plainly not very excited for him this time, and Tulsi is simply responding to that rather than causing that to begin with -- it was the prog left in general who changed Bernie's campaign, not Tulsi.

In that way, Tulsi votes are non-votes -- they're not for a major candidate, and are letting people know that the voter would otherwise have stayed home. But these lesser candidate votes allow for transparency, if the major candidates want them back. If they stay home, their motives are opaque. Was Bernie 2016 too woke, or not woke enough? If you stay home, no one can know which direction you lean in on that matter. But if you show up to vote Tulsi, you're letting them know which direction they'll have to change toward in order to get your vote.

That's how it works with third-party candidates in a general election. When I voted Nader in 2000, I had absolutely no intention to vote before I'd heard of his campaign. I did not vote for any other office that election. And I didn't vote again until 2016, when it again felt like a candidate was promising major change on the theme of globalization (voted Trump in the primary, when it mattered, and then the general).

Most Green Party voters in 2016 would not have shown up if the only choice were Clinton or Trump -- and they let the two major parties know in which direction to change if they wanted to get their vote in the future, rather than let their motives remain an opaque mystery.

Third parties do not cause voters to feel lukewarm about a major candidate, they are a reaction to an existing lukewarm sentiment. It is the major candidates' fault for not exciting them enough to turn out on election day. Turn-out can never be assumed, especially in a nation with far lower participation than other modern nations, and especially at the primary stage.

The hint from Iowa is that turnout in 2020 is set to be mostly flat vs. 2016 and far below 2008. Even less reason to expect or demand people to show up on primary day. Motivate them, or don't complain when they stay home.

Tulsi voters -- and Nader voters before them -- are doing the Democrats a favor. They're overcoming their inclination to just stay home, and at least signal their preference in case a major candidate wants to get them. Such voters' "involvement" does not affect the outcome, because their vote would not have gone to any major candidate without the minor candidate on the ballot -- they would have simply stayed home.

This is all the more reason to have been savaging Warren and disciplining her supporters throughout 2019. Unlike Tulsi voters, they are hardcore Democrat partisans who are reliable primary voters, and already showed up to vote in the last Democrat primary (for Bernie). So the vast majority would still have shown up this time, if Warren were not in the race. And they would have mainly stuck by Bernie.

The left has gotten it completely backwards because they're too similar to Warren and her supporters -- professional-class progressives, regardless of how they "present" to the public on social media. The left must be kept out of any attempt to realign the Democrat party, or its successor, into a new era after the current neoliberal era.