Ania Pieroni as the Mater Lachrymarum, trying to bewitch the protagonist of Inferno (1980): 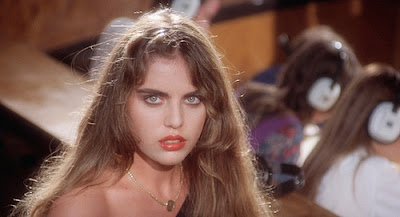 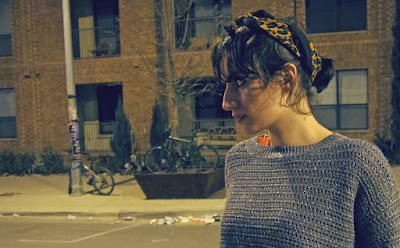 Mediterranean and Near / Middle Eastern faces work best for vampires and similar characters. They combine severe bone structure with full-sized soft features -- eyes, eyebrows, and lips -- mixing danger and sensuality into a heady witch's brew. The restrained expression of Easterners intensifies the power behind their visage -- the energy becoming highly concentrated rather than dissipated.

I don't buy Slavs as vampires -- the bone structure is not high-relief enough -- not so threatening -- and the tendency toward an epicanthic fold keeps the eyes from achieving maximum size -- not so sensual. The vampire legend had to draw on Romanians because Westerners can code them as Slavic (hence Eastern European), but they're substantially Mediterranean (Balkan).

Some resist the idea of Mediterranean / Eastern vampires because they're supposed to be pale, not swarthy. Still, Italians, Armenians, etc. are olive-toned, not dark-brown like the Arabians. Light skin functions, in this character type, as a signal of a more sober temper than a more earthy and lusty one. They're not bloodthirsty predators always on the prowl, they pass for normal in temperament -- even seeming somewhat delicate -- and only occasionally give in to their passionate side.