In debate, Trump all but promises to neuter the media if elected

Trump has been running on an implicit anti-media platform since the beginning. Within the mainstream media, and especially during the nationally televised debates, he's been the object almost entirely of half-truths, snark, and naysaying. At the debates, he gets asked far nastier questions, in such a baldfaced tone, than any of the other candidates.

When he draws thousands and tens of thousands at local rallies, he makes a point every time to inform the TV viewers that the media cameras will never pan to show the full scope of his massive crowds, even when he directs them to. It's their passive-aggressive way of trying to play down his popularity and the unwavering enthusiasm of his supporters compared to everyone else's supporters.

In his speeches, he emphasizes time and again how dishonest the press is, to raucous applause.

Other candidates may complain about the liberal bias in the media, but Trump made it clear tonight that he takes it personally and will not forget. In his open-ended initial answer to a question about what your weakness is, he said that he is too trusting, but if that trust is betrayed, he will never forget and never forgive. If it struck the viewers as an out-of-place answer, perhaps he was giving the CNBC talking head moderators a warning not to jerk him around in front of a live national audience, and to treat the front-runner with a little respect and seriousness.

Enter question #1: "Aaaaannnnndd Mr. Trump, like, seriously? What's up with your comic-book version of a presidential campaign?"

Later question to a rival: "Aaaaannnnd Mr. Huckabee, you emphasize the importance of morality in politics. Do you think Mr. Trump passes the moral threshold cleared by Bill Clinton, George W. Bush, and Barack Obama? Or is he literally the devil incarnate?"

What, was CNBC doing some cross-promotion with tranny SJWs submitting questions from Tumblr?

If his opening statement sounded out-of-place, so did his closing statement, which he mostly devoted to explaining to the audience that he out-negotiated the host network in setting the terms and length of the debate, so if he can bring the haughty media to heel, just imagine what he can do for the country. One of the talking heads told a bald-faced lie that the debate was always supposed to be two hours, but Trump called him out as a liar. Trump also got in the message that the only reason CNBC wanted the debate to be three hours or longer was to greedily squeeze out as many advertising dollars as possible.

It's one thing to disparage the press on the campaign trail, but to humiliate a network during their own broadcast sends a strong signal about his plans for the media. You think he doesn't have plans for them? Rewind to his opening statement about how he never forgets when someone betrays his misplaced trust.

I don't know whether he plans to break up the media monopoly, to pay for his income tax cuts by levying YUGE taxes specifically on the mass media, or what. ("Hey, you gotta stay a little unpredictable, am I right?") Whatever it is, it will deal a strong blow to the propaganda machine in our country, and it will be a smash hit among both conservatives and liberals, so no one but lobbyists will be protesting. And Trump has already made clear he's not taking anyone's money and won't have to listen to lobbyists -- let alone from the media that's been smearing him the whole time! -- once he's in office.

The media are fully aware of how little trust the public has in them, since they're in the business of reading and sometimes even reporting on opinion surveys. According to the gold standard, the General Social Survey, in 2014 Americans had almost no confidence in the press. Among liberals, 10% have "a great deal" of confidence, 49% have "only some," and 41% have "hardly any". Moderates show about the same pattern. For conservatives, 5% have a great deal, 44% only some, and 51% have hardly any. Disgust and loathing for the media is truly one of the most bipartisan unifying issues out there.

The only source of comfort that the propaganda machine enjoys is the unwillingness of any major politician to want to go after them. As leaders of the Establishment, the politicians benefit greatly from the Establishment's monopolistic media arm. Only now, the front-runner for the Republican nomination and indeed in the general election has made it one of his many personal missions to cut the media down to size for having treated him so unfairly.

Most politicians not surprisingly come from a culture of legalism, but if Trump wins, they're going to get a taste of a President who follows the culture of honor. 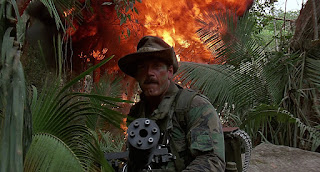 Go get those bunch of slack-jawed faggots in the media, President Trump. All of America is behind you!