I was going over this earlier post to see what more I could discuss about the changes in Halloween during the shift toward cocooning and helicopter parenting.

Digging through old Halloween pictures on Google Images, I was struck by how common it was to see outdoor scenes where the ground is blanketed by leaves. As in, nobody has taken a rake, broom, or leaf-blower outside in weeks or perhaps months. There were leaves all over the yard, the driveway, the sidewalk, and even the street.

Really, when was the last time you saw kids wading knee-deep through a big ol' leaf pile? Or diving out of a tree and into a mound of leaves? There used to be piles of leaves so high on the lawn that, at least for small children, your friend could hide buried underneath and try to scare you by popping up from them all of a sudden. Back in the '80s, kids didn't need the ball pit at McDonald's, they had huge piles of leaves right in their own yard.

As the cocooning mood has taken over, people have become more OCD. (See this earlier post for a discussion of the interrelated web of psychological dysfunction that stems from a cocooning zeitgeist.) When you're socially isolated, you can't rely on others to help you solve problems or cope with them if they aren't solvable. This leads to a focus on individual rituals that the isolated person feels will help them get through their problems and deal with anxiety.

One clear sign of our age's OCD is how immaculate the landscaping looks compared to 30 years ago. It looks like what we think of as the 1950s suburb. In between, everyone remembers the '70s as looking gritty, but that lasted through the '80s as well. Outside of urban areas, it wasn't even that gritty -- more like natural and a little unkempt, rather than compulsively manicured. (Related: Kant on English gardens vs. French gardens, or Steve Sailer on golf course design of the outgoing 1920s vs. the cocooning 1950s.)

Here's what the setting for Halloween looks like in recent years. Pretty leaf-free environment that these poor deprived children are growing up in. 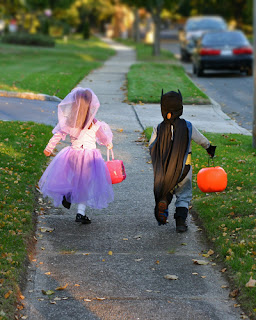 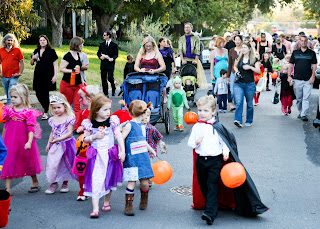 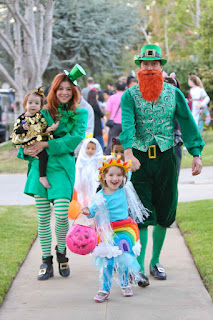 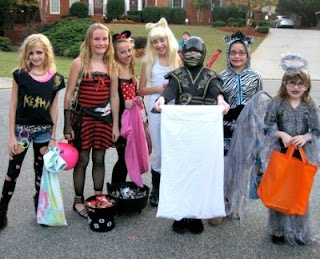 (One thing you'll appreciate about the '80s Halloween pictures below is the lack of tweens dressed up as repulsive no-talent skags like Kesha.)

If you poke around Google Images for "trick or treat 201X," you can find occasional pictures with leaves, but they're usually staged for a professional photographer's shoot, or they're at a university campus. Most of the typical pictures of trick-or-treaters show lawns, sidewalks, and streets that still look like summer. It prevents us from getting in touch with the rhythm of the seasons.

Not so long ago, falling leaves were not blown out of sight five seconds after they hit the ground, so by the end of October there would be a romantic natural blanket of leaves everywhere outside. And they covered all areas of the ground -- lawn, driveway, sidewalk, and street -- just like a uniform blanket of fallen snow in winter. Streetscapes don't look nearly as romantically seasonal after the snow plows have driven through, and folks have shoveled their sidewalks and driveways. At least they leave the snow on their lawns undisturbed, unlike leaves.

There aren't tons of old Halloween pictures shot outdoors, but a good fraction of them show copious leaves all around. It creates a distinctly autumnal atmosphere that we don't allow ourselves to enjoy anymore. Aside from violating the OCD aesthetics, allowing leaves to pile up in high-traffic areas isn't very practical. But -- practical, schmactical. We need our fall-feeling just as much as we like waking up to a white Christmas. 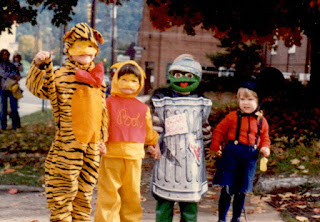 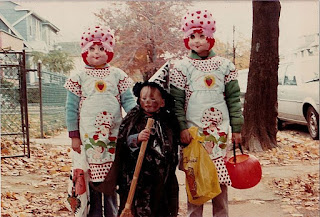 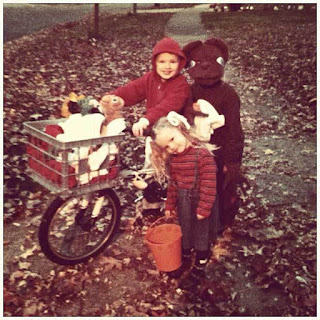 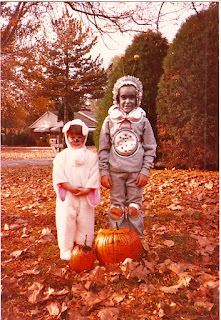 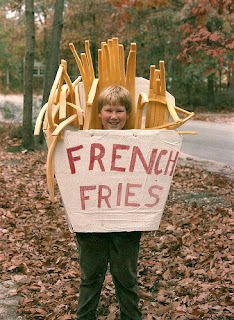 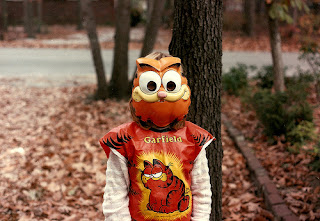 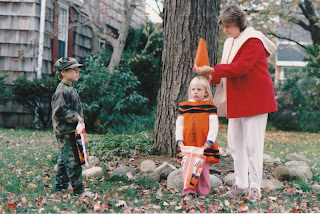 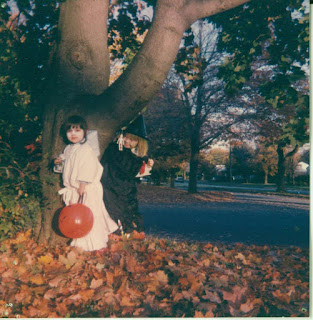 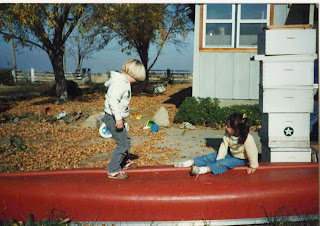 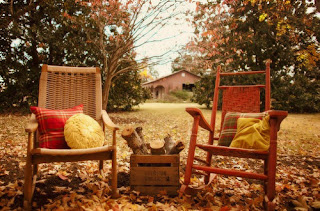 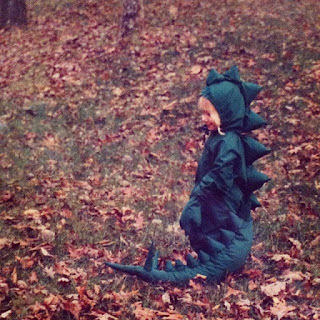 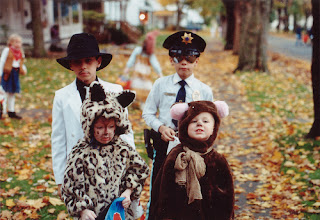 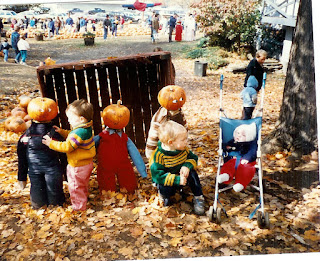