So reads the clickbait headline for an NY Post article on the subjects of a new reality show ("My Husband's Not Gay") about Mormon women who were duped into marriage and children by queers, who were only selfishly concerned with finding the ultimate beard defense against social ostracism. 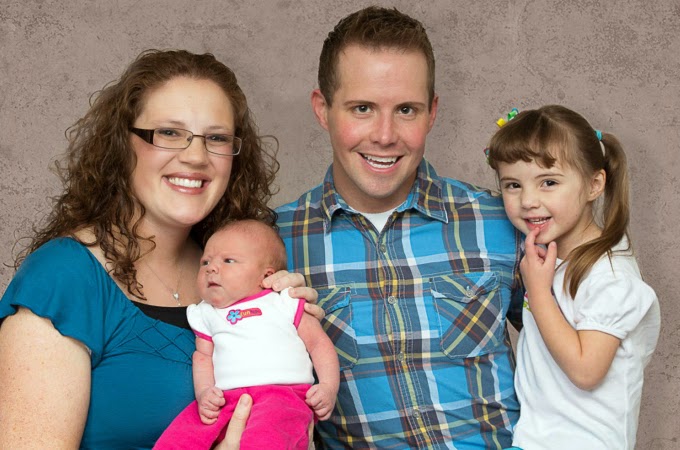 Just imagine the poor children whose family portraits will be disfigured by their Peter Pan daddy flashing his flaming drama queen gayface in every picture. And imagine when your friends come over, having to explain why your dad looks like a creepy pedophile.

Or whose minds will be forever scarred by being told at age 6 that, "Daddy has these feelings, but he chose to be with Mommy." No joke, one of the couples actually revealed daddy's buttsex yearnings to a SIX YEAR-OLD CHILD. The poor kid isn't old enough to understand anything about sex, romance, marriage, etc. It would be awkward enough for a normal couple to talk about their sexual urges with a child that young. It's a downright abomination of the parental role to do so when daddy digs dicks.

Imagine growing up knowing that mommy and daddy do not, and cannot love each other as husband and wife, but that daddy was looking for a baby-maker to satisfy his ego, and thus had to settle for marriage to a woman.

Another couple is also telling their kids what's up at early ages:

And, depending on their ages, our kids [ages 9 through 16] know about the SSA [obscuring euphemism for homosexuality, i.e. "same sex attraction" - ed.] to varying degrees. They love and support their dad, and realize that people don’t have to be perfect to be loved by God.


Imagine growing up having to cope with the burden of your dad being mentally crippled and warped — and not in a garden variety way where he just wails on the kids every now and then, but is subject to all the myriad symptoms of gay Peter Pan syndrome. Children should not have to grow up supporting their stunted father, the father is supposed to be the support for the fledgling children.

The rationalization about being loved by God is a shameful red herring. It's not their gay yearnings per se that will get them tossed into the fiery pits of Hell, but their duping of naive women who could have had a halfway normal marriage and family life, and assuming a parental role when they are still stuck in the immature "yucky, girls have cooties" stage of development themselves.

Not to mention the endless adulteration of the marriage because gay men can't actually control their urges nowadays, despite all the propaganda we hear from both secular and religious ideologues on the matter. One of the couples has been married for 20 years, and for the first 15 years the husband had been whoring himself around with other men. Yup, no big deal to overcome, just being told that your husband of 15 years has been licking the shit out of other dudes' buttholes.

Anyone who thinks these women haven't already contracted something from their gay husbands is dangerously naive. AIDS is only the tip of iceberg, and there are surely hundreds or thousands of pathogens that are primarily passed around among gays that we don't even know about (forbidden science because think of the homophobic implications). That's why AIDS is much higher among black women than white women: black men who sleep with (black) women are way more likely to be "on the down-low," i.e. not sharing that part of their identity that prefers getting blasted up the ass with viral loads.

In fact, one of the couples had a child that died shortly after birth. I wonder how much daddy's toxic sperm contributed to that ending. Women are already engaged in an evolutionary arm's race against men regarding intercourse and pregnancy (sperm evolving to out-maneuver the female reproductive tract, which in turn evolves greater defenses and rejection strategies in case it becomes compromised). It's no stretch to imagine their reproductive system becoming corrupted by all the germs that the gay husband has been carrying around, both inside and outside.

Episodes like that reveal the phoniness of their philosophy of "It's OK to look but not touch." It's disrespectful and trust-destroying for the husband to have such a roving eye and flirtatious speech, especially when his wife is right there the whole time.

It's obvious that the two are not equals or compatible, and that the wife is serving as a babysitter for the broken kiddie husband. Although not sexually attracted to each other, they at least claim an emotional fondness. But that makes the relationship more like that of an impulsive kid brother and his protective big sister. This quasi-incestuous nature of their marriage and family formation adds a whole 'nother layer of freakishness onto their abomination of a relationship.

But they're not just any old bunch of broken fat chicks — they're Mormon fat chicks, whose religion emphasizes marriage and large nuclear families as a step toward salvation.

Here we see a critical weakness in natalist approaches to preserve tradition and enhance cohesion. If it's all about family size, then O come all ye Mexicans living 20 people to a house. Blessed are the fag-wedders: for theirs is the future of America.

American traditions won't survive in a world where natives are being out-bred by immigrants. And if natalists don't care about preserving the sanctity of marriage and of the parent-child relationship, then their influence is toward greater corruption — more and more marriages of the broken kind. There may be a logical independence between natalism and purity-mindedness, so that you could be both natalist and against all of the corrupting trends under way.

But psychologically, natalism trumps purity-mindedness. Or at least here and now it does. It's the same mindset that views all growth as good, no matter in what direction growth is headed toward or how fast and uncontrollably it's moving. It's a mindset that worships an abstraction and treats real physical beings and things as homogeneous fungible units.

Even more disturbingly, it's not a mindset that recognizes a trade-off between quantity and quality, while choosing more quantity of lower quality. They are simply blind, deaf, and numb to matters of quality, and see only in quantities. People who accumulate stuff, and economists who rejoice at how much stuff is consumed nowadays, don't mention that most of it is cheap Chinese crud, but hey at least we've got a lot of it. It's just, "Wow, look at all this stuff!"

Reminder: Salt Lake City is also the gayest city in the country, by objective measures of gay lifestyle signals per capita. And those statistics were compiled before a Salt Lake City judge ruled in favor of gay marriage.

Perhaps we shouldn't be surprised by the permissive attitudes toward cultural stewardship in a population that traces its roots back to a polygamous cult founded in the 19th century, that was driven out of every town east of the Mississippi that they tried to settle into. But hey, economic growth and big nuclear families, so no big deal I guess.

Add on top of that the pussy behavior of the largely Saxon-Scandinavian make-up of the white population in Utah, and it's no wonder to find such weak effective policing of gay deviance in the Minnesota of the West.