One of the more striking signs of how disconnected people are today, especially in the boy-girl context, is the hover hand (click for endless hilarious examples): 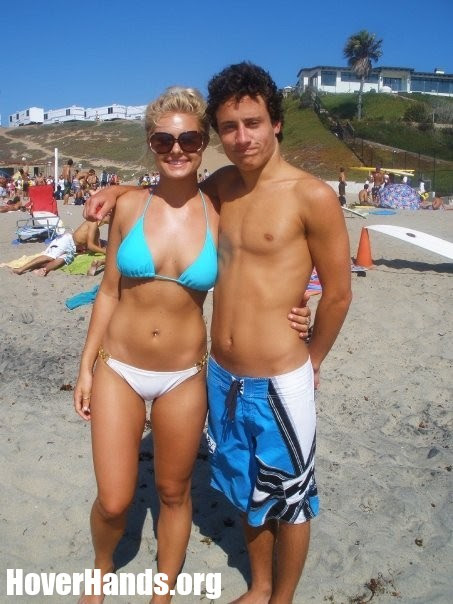 In a situation where hand-on-body contact should be fine, even called for, the guy wimps out and doesn't touch her. There are degrees of hover-handedness: he might drape his hand over her shoulder, leaving it dangling in the air, or stretch his arm out behind her while not turning his hand in to grip her arm or shoulder at all.

It clearly shows how neutered the average young male is today, but let's not forget the boy-phobia among young females either. If they wanted to be touched, few boys would go against those wishes. But as cocooners, girls get weirded out when touched, particularly by a boy. You see this in the context of dancing too: even if she's giving a guy a standing lapdance, he usually can't touch her with his hands. If he does, she'll either scurry away, or stay but pick his hands off her.

Letting someone touch your body with their hands shows that you trust them enough to make yourself vulnerable around them, and let them into your personal space bubble. Only letting the other person go as far as hover-handing is still keeping your guard up and treating them with suspicion. The commonness of the hover hand therefore tells us how little friendliness there is among people these days, even between boyfriend and girlfriend. It may not be confrontational hostility, but it is still keeping everyone else literally at a distance.

I remember when girls wanted their boyfriends to grab their ass, no matter if it was in public, and when the average person (young or middle-aged) was easy-going enough to put their arm around someone else without worrying whether or not they'd set off an alarm. That was the norm in the '80s (I was too young to have a girlfriend but still saw it among the teenagers), and died off gradually during the '90s. By the 2000s we had a full-blown epidemic of hover hands.

Poking around Google Images for prom pictures from the '70s and '80s, I could only find one or maybe two showing hover hands. And the one case was with the geekiest guy in his school. So back then, it affected maybe the nerdiest 1% of guys, whereas now it's more like 40% who would pussy out if given the opportunity.

Since this seems like just another cocooning behavior, we'd expect to find it during the falling-crime era of the mid-'30s through the late '50s. I didn't do an exhaustive search of the earlier part, when the culture would be in transition, plus they didn't have very frequent or popular proms that far back. But they did in the 1950s. I didn't even search specifically for "hover hand vintage" or "hover hand 50s" -- just "prom 195_" for each year in the decade. As now, it was not exactly the norm, but still I was amazed by how easy it was to find examples.

And remember that these people have no excuse -- they're prom dates. If the guy or girl isn't comfortable with him holding her shoulder, it isn't because it would be inappropriate. It's because they are just plain weirded out by normal physical contact. 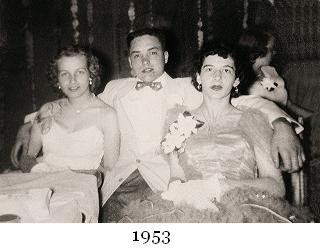 Busted! I cannot believe how eerily contemporary that pose looks. along with the frigid and impatient expression on the brunette's face, during what is supposed to be a fun night out. 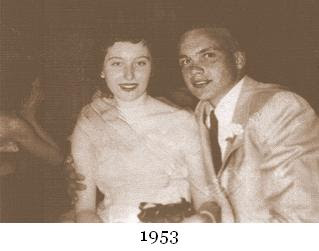 It's a little hard to see this one, but he's clearly holding his hand away from her skin. His ring and pinky fingers may not be touching at all. 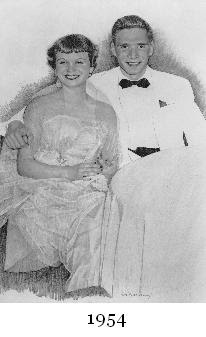 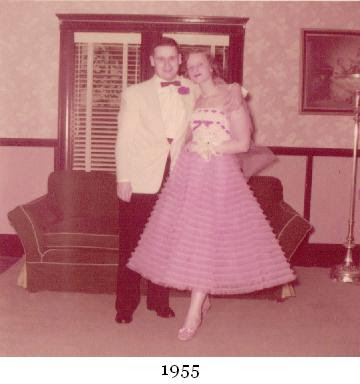 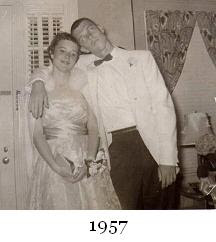 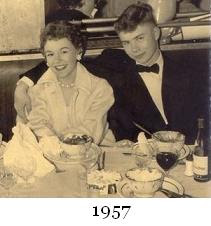 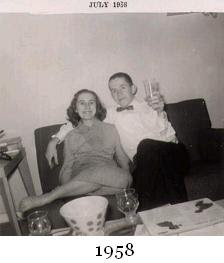 Along with the drive-in culture, the non-trivial level of hover-handing should make us revise our picture of the mid-century. Obviously the people pictured in that post and this one are not at each other's throats, but that's a low standard to set. When you go out to eat, you should be near (even if not right next to) other people. And when you head off to the prom, you should just relax and get close. These hover hand pictures provide further detail of the isolation, unspoken suspicion, and self-consciousness of a period that our revisionist mythology portrays as community-minded and carefree.