The Fauvist mini-revival of the New Wave Age

Three obvious case studies like the Art Deco one are the Art Nouveau revival during the psychedelic '60s and early '70s, and the revivals of Expressionism and Surrealism during the second half of the recent crime wave. As with Art Deco, they showed up at more or less the same point in the violence rate cycle this time that they did the first time, Art Nouveau in the beginning and Deco and Surrealism toward the end. And during the falling-crime period of the mid-century and since the '90s, they've became marginal and their opposites mainstream.

There's a lot to say for each one of those, though, so for now I'll just take a quick look at a mini-revival of Fauvism circa the early 1980s. Unlike the original, it took place during the second rather than first half of the crime wave. Also it wasn't very extensive. I'm having trouble thinking of more than one iconic example off the top of my head, but vibrant and not necessarily naturalistic colors came back into style, so did an interest in boats, and exotic settings.

Here are some original Fauvist paintings from the 1900s by Matisse, Derain, and Kandinsky: 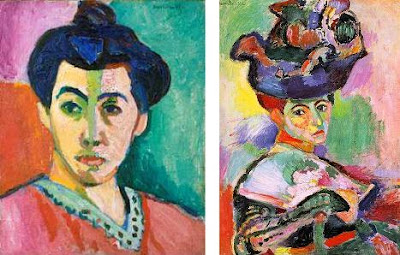 The iconic example of the revival is the music video for "Rio" by Duran Duran:

The use of color and exotic marine setting fit well with the Fauves. The girl's self-confident sensuality and the way she playfully teases and challenges the men remind me most of the women in Kees van Dongen's paintings: 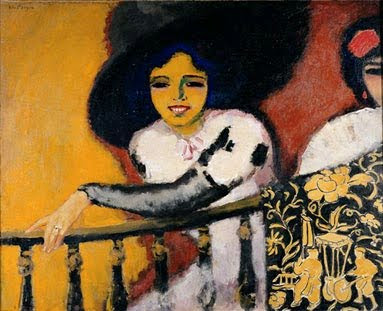 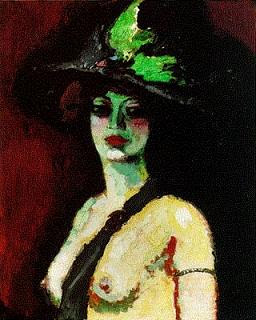 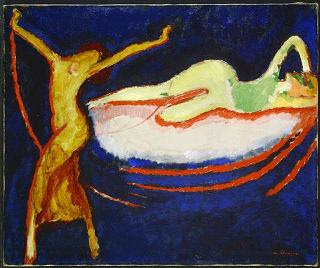 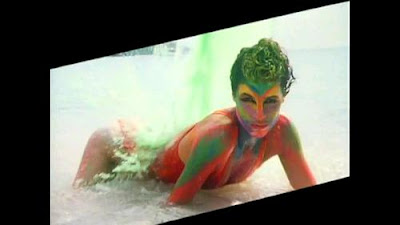 If anyone can think of other perhaps less unforgettable examples, please say so in the comments.
Categories: Art, Cocooning, Music, Pop culture