The sweet charms of the pure, flawed teen: 1

Let's take a break from hedonism. I've had some time to appreciate the less sensory appeal of the 16 - 21 year-old, reflecting on the experiences of tutoring high-schoolers, befriending two delightful freshman girls last year, and enjoying all of the fun but non-libertine encounters I have with young girls in dance clubs (which I would never write about here). Keeping with the staying girly theme, after each part I'll include some practical advice on how to lessen the effects of aging. Apologies in advance to male readers for this vivid reminder of how uninspiring the women around you have become over time.

Roissy caught a lot of flak for describing the perfect woman almost like an enthusiastic, loving pet, but that's basically what girlfriends are supposed to be. Push-pull behavior, where we give a little and take it away to make the other chase us to get it back, is second-order. Playful "adopt me" behavior triggers our protector instincts, as we are not moved to support and shield females who appear self-reliant, tough, and in control of their emotions.

The series will reflect this: the most endearing features of a young girl stem from her naivete and helplessness. She will be grateful that you are a Man in Her Life to cultivate or protect her, however brief the need may be (as in this nice guy encounter told by Alias Clio). Quite simply, she makes us feel truly appreciated as men. These qualities manifest themselves within friendships as well as romantic relationships, so even if you are dating or just fucking an older woman, it's worth making friends with some younger girls to keep your soul refreshed. 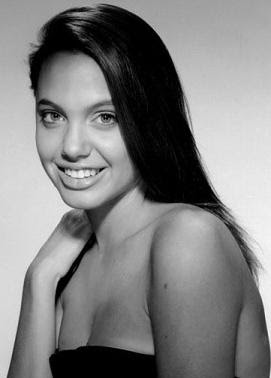 The most obvious aspect of this is that she is almost guaranteed not to have any STDs. More importantly, though, prolonged exposure to males corrupts her in two broad ways:

2) She just has a bigger ego from having been hit on lots of times, in a subtle or gross way. This makes her more likely to tune out of an interaction because she thinks she has many alternatives to you. While this may be true from about 22 (when the ego boost really starts to show) to 25, after that, the ego remains while the beauty wastes.

Girls who have not graduated college are free of these corrosive effects on their girliness, so that you don't need to memorize a PUA playbook just to start a conversation with them and start building comfort. Even the very good-looking 18 year-olds still have not been hit on that much and remain terribly insecure about their looks, so you almost never encounter a young ice princess (unless they're red-headed).

How to preserve this charm:

Just don't go out to bars and clubs. If you're over 25, it's probably best not to go at all, unless you know there won't be many men there. Otherwise, you will only become more cynical about men and have an increasingly unrealistic view of your value on the dating and mating market. All those horny guys hitting on you fool you into thinking that you've still got it, but since you're interested in a longer-term relationship, you should focus on how many serious dating offers you've received instead. That will keep you better grounded and motivated. And let's be honest: by now, going out clubbing is no longer an insatiable urge like it was when you were 22, is it? So what are you really missing by hanging out with your friends in other places?

If you're under 25, I realize how powerful the pull of nightlife is, but recognize that its long-term effects are toxic for girls, as detailed above. Try to have one night per week, at most, where you go to a packed venue and get inundated with attention from male strangers, and another night where you go to a less crowded but still fun place. Seeing live music is a good idea since you're out, you're surrounded by people, there's good music, you feel high energy -- but the situation doesn't permit the guys there to constantly hit on you. And of course there are always gay clubs.

It's fine to want to dress hot and get some attention, but attention is addictive and it's easy to get carried away. If you're not careful, pretty soon you're jaded about romance because of all the losers you've attracted (when you dress hot, you attract all levels of guys, right?), and your ego is too big. Fighting the urge to attract lots of attention is probably the hardest challenge for a younger girl, but it will pay off in the short-term -- all that extra attention doesn't really make you feel better after a certain level -- and in the long-term, as you'll preserve your fresh-faced nature when few others will.