After visiting my brother and his wife last week, we're flying out again tomorrow to see more family members who we normally would have been spent Christmas with back in the '80s. It seems like folks these days don't want to pile in for a major holiday. We're all just supposed to stay wherever we are, which means at most a single nuclear family will be together. If you want to see the whole family, you have to keep zipping around to different households. It's antithetical to feeling settled in for the holidays.

When I was growing up, everybody would make a single trip to whoever was hosting that year. This both brought everyone together and kept traveling to a minimum. Every day you're traveling is a day you're not settled in and bonding with the family.

The Scotch-Irish hillbilly side of my family would always include three generations and multiple siblings at my mother's level (e.g., my aunt or uncles), though not always multiple groups at my own level (my cousins). If a blood member were dating or married, it was common for them to bring their in-law (or in-law-to-be) to the clan gathering.

As I recall, the three main households that took turns hosting were my mother, her sister, and her parents. Perhaps there needed to be a female blood member to organize the meals -- it was domestic work, i.e. women's work, but it was too big of a duty to be entrusted to outsiders, I guess. I assume that's the way it is with other pastoralist folk such as Italians, with the (domestic) matriarch bossing everyone around the kitchen or telling them to butt out, while the men are off doing men stuff in another room or outside the home.

I remember these huge convergences lasting into the early '90s, and then almost grinding to a halt during the middle of that decade. Sometimes my two cousins and their children will drop by my aunt's place, though it's generally a day trip, and they aren't both there at the same time. Christmas has become such a low-key holiday for family that I insisted on us all getting together in 2011. Finally, a Christmas gathering with a dozen people again!

We'd grown to four generations by that point. But it struck me how my two cousins (through my mother's sister) have their own nuclear families that I've hardly ever seen, even on Christmas. One was born around 1970, and the other I believe in '67. I used to see them all the time around major holidays in the '80s and early '90s, including when they had begun dating their now-wives, who were also in attendance way back then. However, when they started their families in the '90s and 2000s, I don't recall seeing them more than once or twice until that time in 2011.

Cocooning is unnatural and requires a rationalization in order for the whole society to start behaving so weird on an ongoing basis. The main reason that folks give is Being Together With Family. What they really mean is the nuclear family. Cocooning is therefore a fractal phenomenon, where at every scale people are more closed off from the other people in that sphere. Not only do we close ourselves off from non-family members ("strangers," "crowds"), but within the family sphere itself, we close off non-nuclear members and remain entirely within our private households.

I find it bizarre how weak the relationships are these days between cousins, aunts / uncles and nieces / nephews, and grandparents and grandchildren. During summers growing up, my brothers and I used to spend weeks at a time at my mother's parents' home, aside from all the other weekends here and there during the school year. The Sunday School teachers knew who I was, and so did the barber in the nearest little town, that's how integrated we were into a home outside our home. Kids these days, perhaps starting with the Millennials, just don't fit in anywhere outside of their nuclear family household.

To check on this hunch, I searched Google Images for Christmas pictures across the decades. (You get better luck when you enter a specific year, e.g. 1954 instead of 1950s.) It's common to find a nuclear family together, so what you're looking for is how common the extended family pictures are. There needs to be at least three generations present for me to count it as a "whole family" kind of gathering, and even better if there are multiple groups across a given age level.

The results were more or less what I expected -- large gatherings were more common in outgoing times, such as the '20s and early '30s, as well as the '80s, while smaller ones were more common in cocooning times, particularly the early-to-mid 1950s and the last 5 to 10 years. The pictures below are my rough attempt to capture each of the outgoing and cocooning periods, across two cycles of up-and-down.

I did notice an apparent exception during the '40s, where gatherings were larger than I would've expected for the cocooning environment of the mid-century. There was an anomalous spike in homicide during the '40s (which reflects people being more outgoing, and subject to predation by criminals). And the War might have made people value their family members who they would've otherwise taken for granted and not gathered together with. 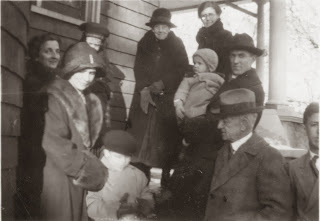 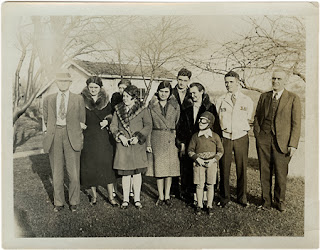 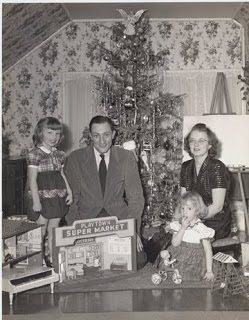 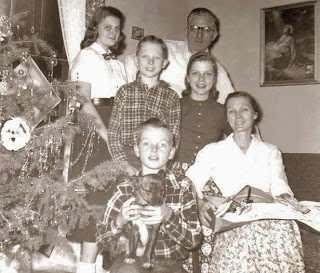 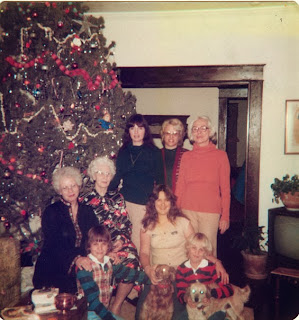 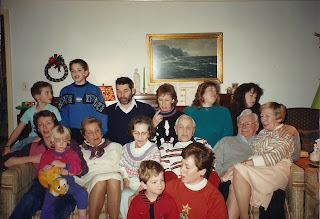 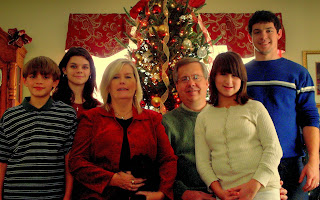 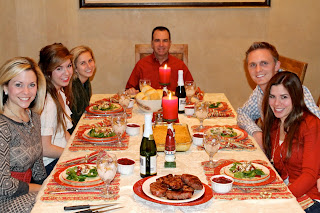