Tulsi is Gaia from Captain Planet

On the commentary to tonight's debate, the Chapo Trap House hosts were comparing Tulsi to Rogue from X-Men for having a shock of gray in her hair, then began humming the theme song to the X-Men animated series.

But if we're talking characters from early '90s cartoons, they missed the more apt comparison -- a swarthy Earth Mother, stewardess over the environment, mellow and unflappable in a very aloha kind of way. And of course, streaks of silver through her black hair. It's Gaia, the overseer of the heroes from Captain Planet and the Planeteers: 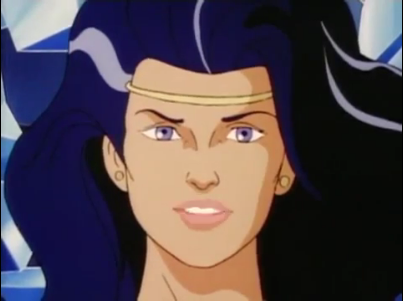