Growing bi-curiosity even among "conservative" girls? The influence of libertarianism out West

Having established the big picture that heterosexuality is still declining among young women, let's look into how this trend differs among different groups of women. Since laissez-faire moral norms play a big role, we'll study women who differ in how closely their moral orientation matches the "consenting adults" model.

There are three questions in the General Social Survey that let us look into the kind of morality guiding their behavior: political orientation, political party affiliation, and church attendance. We're still studying white women aged 18-29, but now using decades instead of years, to boost sample sizes among smaller sub-groups of women. Heterosexuality is measured by how many female sexual partners she's had since turning 18.

This growth in bi-curiosity among the supposedly most conservative is not seen when we measure moral orientation by party affiliation or church attendance. Republicans in the 2010s were no less hetero than in the 2000s or the '90s (about 95%). Democrats fell from 95% to 81% hetero, and independents from 95% to 84%. Among frequent church attenders, young women did not become less hetero, staying above 95% the whole time. Occasional church attenders declined somewhat, from 95% to 90%. Rare or non-attenders fell the hardest, from 92% to 80%.

So, those young women who lead a more conservative life have not become more experimental with other girls. When it comes to ideology rather than overt behavior, though, there has been a shift toward more experimentation among the group you'd least suspect.

Honestly, when you see an urban Millennial conserva-hipster like Kat Timpf on Fox News, how sure are you that her tongue has never tickled another girl's nipples? 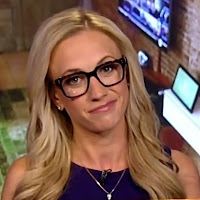 Aside from looking at generational differences, we can measure different moral norms using the surrounding culture. Unfortunately, to study geographic differences in the current decade among an already small group (20-something conservative women), we can't compare all regions against each other. To boost sample sizes, we need to compare one half of the country with another. The main political faultline these days is east vs. west of the Mississippi River -- the legacy of the lawless and rootless Frontier -- so we'll go with that comparison.

The plot thickens when we look not at where they currently reside but where they were raised (region at age 16), suggesting a developmental window of morality that is open during adolescence but less so during their 20s.

Looking into finer-grained regional differences without restricting to just conservatives in the current decade, it looks like the Mountain states take the lead in the explosion of bi-curiosity, although the Pacific and West South Central (AKA Greater Texas) are not far behind. However, the West North Central region (Western Midwest) is like the normal half of the country.

On a practical level, if you want to keep your children from growing up to be deviants, it looks like the strongest protection is going to church regularly. That strengthens them against the more deviant zeitgeist of today compared to 20 years ago, and it strengthens them against a surrounding culture of do-whatever-you-want like you find out West.

Parents are fairly impotent to raise a child properly all by themselves -- they are most effective by exposing the child to social pressures outside of the home, where no one has a vested genetic interest in catering to their selfish bullshit. The paranoid anti-society mindset found more out West -- homeschool the kids, don't let them have friends, worship God in your own way at home, etc. -- is bound to warp their development and predispose them to deviance in adulthood. Only society can socialize children.