Higher suicide rates out West due to rootlessness?

From Wikipedia's article on the epidemiology of suicide by region, here's a map of suicide rates among white men during the peak of the violent crime rate circa 1990: 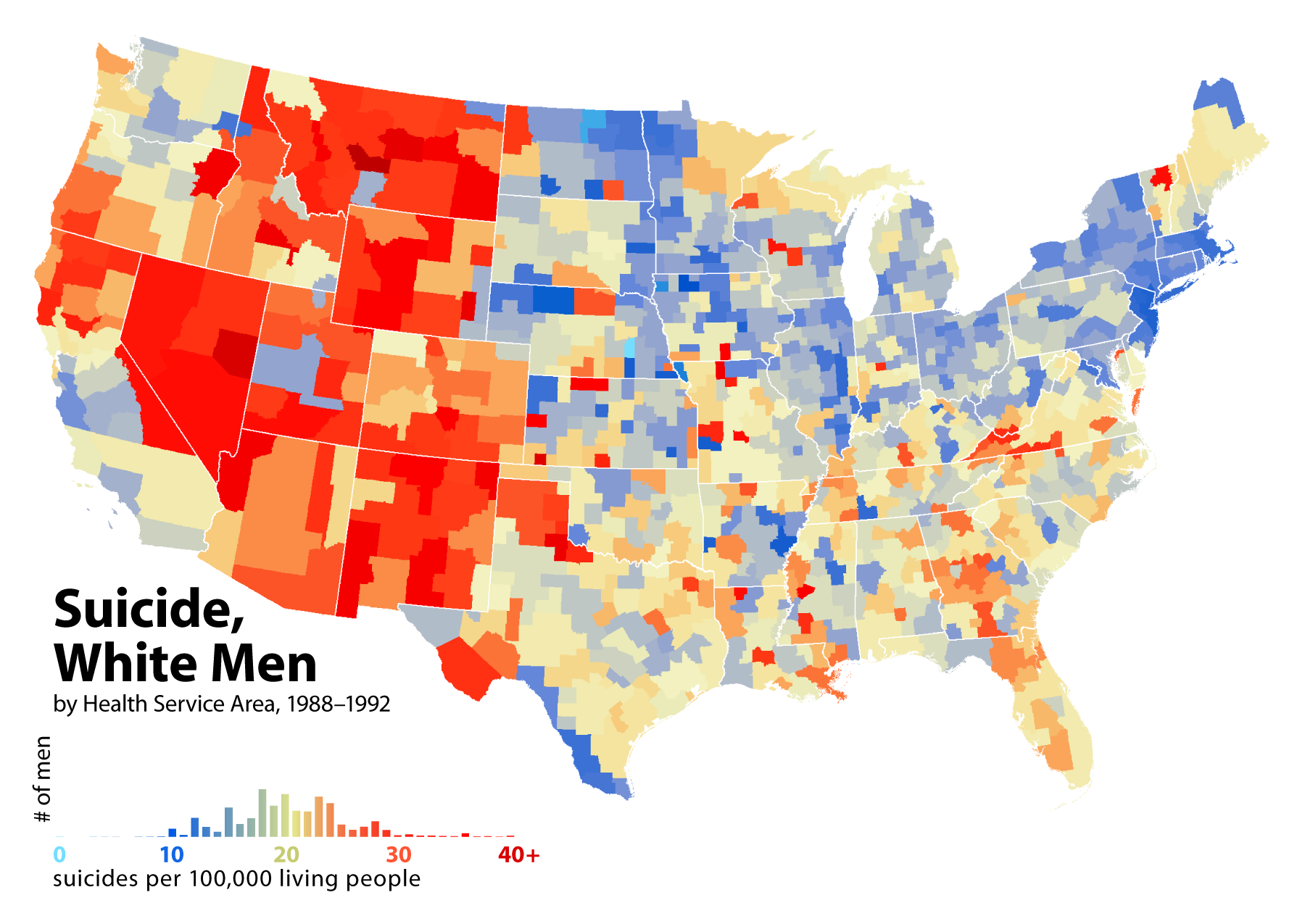 This map left out Alaska, but it has a very high rate as well.

The main effect is being out West, which I interpret as a symptom of rootlessness and transplant living. Not only does being rooted in your place give you more support to cope with life's troubles before you even began thinking about suicide, it also reminds you how disrespectful it would be to others to just off yourself. When roots are shallow, removing yourself from the local social web doesn't feel like you'd be inflicting such a great loss on them.

There are pockets of relatively lower rates along the Pacific coast, particularly away from its major cities. Sure enough, the West Coast is relatively more rooted than the Intermountain West -- once you reach California, you tend not to want to leave (especially before the '90s), whereas nobody feels like staying in Nevada for very long.

That still wouldn't explain why Utah's rates are so high. They are more deeply rooted than others in the region, and they are more religious.

Back East, there's a noticeable line between higher rates in the South and the southern Midwest, and lower rates farther north (aside from a pocket of higher rates in northern New England). Perhaps this reflects ethnic diversity, with whites more likely to kill themselves when they leave near large black populations -- Missouri, western Tennessee, and most of the Deep South.

If so, that would be another influence of rootedness, because even if your own group's roots go back as far as they do among Southern whites, they aren't rooted in the entire local region because that territory is occupied by the roots of the region's historically large black population.

Black roots are shallow in the industrial Midwest, Mid-Atlantic, and southern New England, so perhaps that's why they don't crowd out the feeling of rootedness among whites in Chicago, Philadelphia, and Boston (at least back in 1990). Whites don't like living next to black populations that just showed up within some residents' own memories -- the Great Migration that began in the 1920s -- but the sense that blacks are recent transplants from slave-land allows whites to still claim the whole region as the land of their own roots.