Image gallery first, then some discussion. 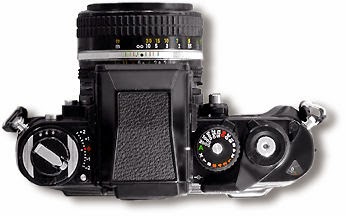 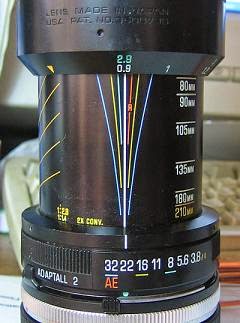 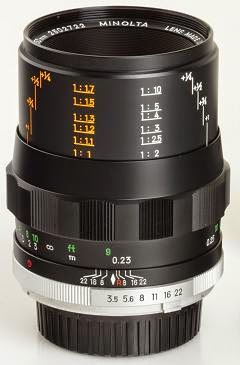 In the visual display of information, one of the most basic yet unappreciated choices that designers make is the color and lighting scheme — mostly dark, mostly light, or a mixture of both. Using opposite ends of the spectrum allows for a separation of background and foreground, to help the information stand out better for the viewer.

If you've ever spent a few hours in front of Microsoft Word, you know that fatiguing feeling of staring into a spotlight, and the text looking more like stencils. And we all know how much we need to squint to make out a black-on-light-gray LCD screen, if it's farther away than arm's reach and below 90-pt font size. The same is true for newsprint, but it's not such a drag there since we're only passively reading it, and close-up, rather than actively composing the articles.

Despite the functional advantage of light-on-dark for the purpose of paying close attention, color schemes are also subject to the whims of fashion, as well as attempts to fuse the active and passive modes of using the technology, in the ever-important quest for convenience and efficiency.

Earlier posts here and here went through some comparisons from the areas of computer office programs and household alarm clocks, both of which have unfortunately drifted toward dark-on-light schemes since sometime in the '90s. It seems to be part of the general reaction against bright colors and high contrast in the visual culture. In the case of word processors, there has also been a shift toward fusing the initial composing stage and the final reading stage of text documents, where the end reader's need for skimming over what looks like a printed page has won out over the writer's need for a less fatiguing scheme during the far longer composition process.

Those examples came from electronic domains. Is it simply a matter of medium — light sources that are bright vs. dark — and not the basic color scheme itself? No: the settings on camera bodies and lenses have come in light-on-dark schemes for 40-odd years now, and their colors are made in hard materials rather than emitted light.

The reason for their widespread adoption on cameras is the same as it has been in other areas where light-on-dark is standard — the photographer actively manipulates the controls and pays close attention to their readings, to make sure everything goes according to plan. Under- or over-exposure — an image that is too dark or too bright — could result from neglecting to properly set and check the settings for film speed, shutter speed, and aperture size. Bright colors on a black background make inspection easier and faster, especially if you're changing them from one shot to the next.

Some older cameras did feature black-on-light-gray schemes, although that may have been due to a still-developing understanding of the visual principles, an immature state of the art at the construction stage, or not offending Midcentury values about what machines ought to look like. Here is an early example that shows how much more difficult it is to read the settings at a glance when the scheme is dark-on-light. You can see the markings all right, but not so much what they say. 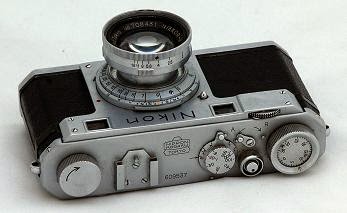 By around 1980, the light-on-dark scheme had become the standard, even on cameras whose product branding was black-on-light-gray. Below is the Canon AE-1 Program, which has that black-and-chrome style that was popular in the '70s, and whose non-functional text is set against a light background — black text for the brand name, and unreadable light green text for "Program" in the model name on the front (not shown). The text on the main settings, however, is light-on-dark. So, when opposing color schemes were chosen for different parts of the same camera, light-on-dark won out where active manipulation and close attention were needed. 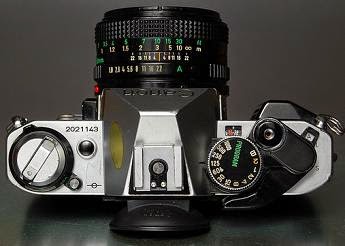 Sadly, as elsewhere in today's visual culture, new cameras are trying to shift the color scheme toward monochrome or dark-on-light, despite the greater difficulty of use. Black-on-light-gray LCD screens are now common, whereas light displays from the '80s were bright red against black, for example when the viewfinder displayed the aperture and/or shutter speed settings.

Navigating the endless menus on digital cameras has not gotten that bad yet — for point-and-shoot models, it's more like the white-on-blue scheme of word processors from circa 1990, while SLR models may even have white-on-black menus. Still, things are heading in the direction of the LCD look, not toward bright text against a black background.

As for settings carved onto the body itself, the SLRs are still good at using white text on black bodies. But compact cameras come almost exclusively in silver — just like all technology these days — so that their scheme is dark-on-light. This is clearly due to the fashion for Space Age silver-based schemes. Back in the '80s, when chiaroscuro was popular, compact cameras came in black bodies with white text. 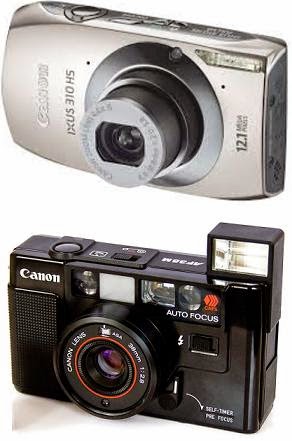 Once the social-cultural cycle leaves its cocooning phase and becomes more outgoing, exciting color schemes will come back into fashion, so don't count on the ultimate disappearance of light-on-dark schemes for cameras, or anything else. In the meantime, it's worth studying and discussing what functional effects these opposing color schemes have across various uses of some piece of technology, and not just leave it all up to fashion.