Incarceration within the status-striving and inequality cycle: Prison boom driven by careerist prosecutors

Periods of rising inequality and status-striving are marked by a punitive rather than a rehabilitative approach to criminal justice.

The dog-eat-dog norm says you shouldn't care if someone's life will be permanently screwed up by going to jail, regardless of their offense. You've stayed out of jail, and that's all that matters. You aren't going to be the one who has to deal with their assimilation back into society — let someone else work with and live next to those who've been shaped by the hard-time lifestyle. And if you can get politicians to shift the costs around, you may not have to pay too much for their incarceration either.

The all-in-it-together norm says that criminals ought to pay for their offenses, but that those seeking retribution should accommodate their wishes with those of the general public, who would prefer not to have to pay for incarceration, let alone have to live next to or work with someone who's been shaped by prison norms rather than normal society norms for however-long they were locked up.

Seeking vengeance poses a substantial risk of innocent bystanders getting caught in the crossfire, in one way or another. Promoting stability within the community will necessarily be opposed to fanning the flames of vengeance, however righteous the avengers feel their cause to be.

When communal cohesion loses its moral appeal, therefore, vengeance against criminals — regardless of the severity of their crimes, or indeed whether they're actually guilty or innocent — will be allowed to grow unchecked. Soon enough, criminal punishment will develop into a mass spectator bloodsport. Feeling a daily endorphin rush from tuning into other people's punishment is the ultimate grassroots expression of the dog-eat-dog morality.

It is no coincidence that bloodsports rise in popularity during periods of increasing status-striving, societal instability, and inequality — the UFC and World Star Hip Hop in our time, or the ancient gladiators who became a mass spectacle only after the Pax Romana had given way to the Imperial Crisis of the third century through the eventual disintegration during the fifth. 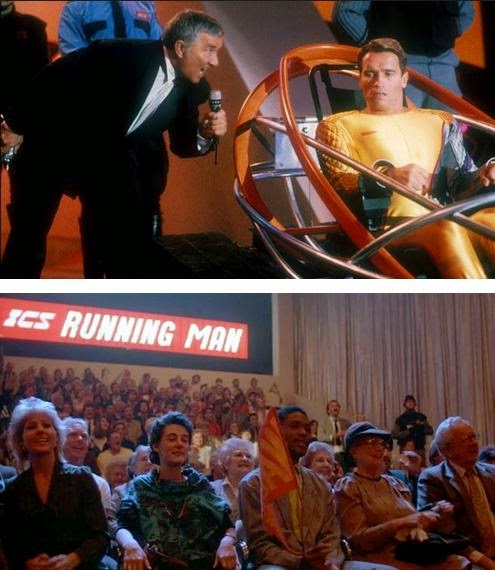 Where exactly in the criminal justice hierarchy does responsibility lie for the current boom in the prison population? It seems to be located at the stage of prosecutors deciding to file felony charges for a given arrest, which takes place at the county level rather than higher up. Crime rates are down since a peak in 1992, arrests per crime are not up, and neither are conviction rates per felony case, nor prison admissions per conviction. Drug offenses are not directly driving the boom either, as they are a small chunk of incarcerations (although they're much greater at the level of arrests).

This analysis comes from Pfaff (2012), "The micro and macro causes of prison growth," an easily readable and chart-packed article that you can read for free here. Some excerpts:

Over the past four decades, prison populations in the United States have exploded. As Figure 1 demonstrates, from the 1920s (when reliable statistics first become available) through the mid-1970s, the incarceration rate hovered around 100 per 100,000 people. These rates were so stable that a leading criminologist argued in 1979 that political pressures would continue to keep the rate around 100 per 100,000. Thus, the subsequent quintupling of the incarceration rate over the next forty years, with the prison population growing by over 1.3 million inmates, was an unexpected and unprecedented development. . .

As I show below, we know the answer to the micro question much better than that to the macro. On the micro side, data indicate that at least since 1994, prison growth has been driven primarily by prosecutors increasing the rate at which they file charges against arrestees. None of the other possible sources seems to matter: arrests (and arrests per crime), prison admissions per felony filing, and time served have generally been flat or falling over that time. . .

Thus, sentence length does not appear to drive prison growth, implying that admissions must be doing the heavy lifting. . .

Between 1994 and 2008, filings grew by 37.4% and admissions by a nearly identical 40%. This is actually a more remarkable number than it might first appear. As Figure 5B demonstrates, this is a period of declining arrests: in my thirty-four state sample, arrests fell by 10.1%, slightly above the national decline of 8.4%. Thus, filings and admissions rose significantly during a period when the number of defendants declined sharply. . .


The flat incarceration rate during the Great Compression, and soaring rate since the '70s, establishes the link with the status-striving and inequality cycle. It's clear how sending more arrestees to prison will widen inequality by growing a larger lumpenprole class. Where does status-striving fit in? We know it must be with prosecutors, so it's not hard to imagine the story.

When status-striving was shameful, prosecutors didn't try to puff up their own ego and lard up their career resume with over-zealous felony charges against arrestees. Once status-striving became approved and encouraged, they did what everyone else in the economy had started doing.

Rising levels of status-striving lead to an over-production of lawyers (see Peter Turchin's discussion here), and they need somewhere to go for status and job security. If they were skilled at performing before a general audience of voters, they sought election into the legislature or the executive branch of government. If they were good at crunching numbers and pursuing enrichment at all costs, they went into mergers & acquisitions at a Biglaw firm. If their comparative advantage lay more in vindictiveness and sadism, they set up shop in the local prosecutor's office.

It's hard for a lowly prosecutor to get nationally famous or command salaries at the level of the big dogs (Senators, Wall St. lawyers). So they devote most of their energies at the county level, becoming locally famous as pitbull prosecutors. Local / mediocre status is better than no status, and if you're a JD flunkie, this may be your only real shot at making a name for yourself and getting paid well.

As this trend gets worse, prosecutors will become widely reviled as self-serving zealots rather than neutral agents of justice for the public. The incarceration rate will then turn down as it did during the Great Compression, for better or worse.

Now we see that incarceration rates per crime committed actually fell through the '60s and '70s. This is the pendulum swinging too far in the opposite direction — the criminal justice system aiming too much toward accommodation that even violent crimes were less and less likely to result in an incarceration. So does too much vindictiveness bring about rehabilitation, and too much rehabilitation bring about vindictiveness.