- Not that it was a tough prediction to make, but sure enough the new Nightmare movie stinks. Rotten Tomatoes has 101 reviews, only 15% of which are "fresh" and where the average rating is 3.9 out of 10. Metacritic has used 24 reviews to come up with their rating of 35 out of 100. Even at IMDb, where voters are a lot friendlier (because they expect the readers have not seen the work yet), it only gets up to 6.1 out of 10, based on over 3,300 votes. In contrast, the original movie gets a 95% "fresh" rating and average score of 7.7 at Rotten Tomatoes, 78 at Metacritic, and 7.4 at IMDb. No more terrible overblown remakes -- re-release the fucking original.

- I've been trying the paleo hair thing (AKA beach hair) for a few weeks now, and things have never been better. You only have to shampoo about 3 times a week, your hair is fuller, and it just stays in place better. Just two teaspoons of sea salt dissolved in 8 oz of water in a spray bottle. Towel dry your hair and wait until it's mostly dry but still somewhat damp, spray about two or three sprays onto each major area of your head (left side, right side, etc.), run it through to the ends with your fingers, and let it dry by itself. As it's drying, you can run your fingers through it again just to help it dry and get the basic shape there. The only downside I've noticed is a few of those red proto-pimple things on the very top of my forehead. Probably nothing a little acne cream couldn't help, but they're really not that bad to bother with for me.

In general, mother nature knows better than you do. Girls smell better when they refrain from splashing on Chanel and let the natural perfume in their sweat waft through the summer air. And just as a reminder of how great paleo hair looks: 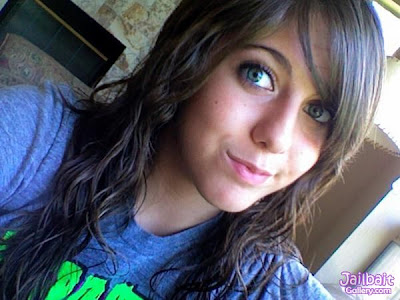