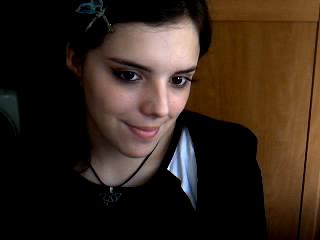 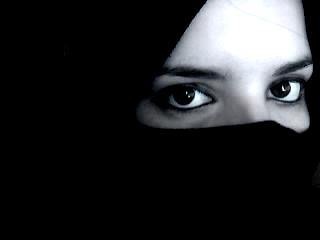 OK, so just to put a more human face on my account, here's one of my best net-friends from Barcelona. I won't say her name, or what her webpage is, etc., since I don't want to embarrass her. Aside from being stunningly beautiful (again, not the main issue), she's incredibly nonchalant and healthily silly -- much more so than I would expect of a US girl who looked like she does. Like most Catalan adolescents, she's in love w/ poppy Gothic culture from the Anglosphere and Japan: The Cure, Tim Burton, and so on. She's fiercely independent but not in an adversarial or ladder-climbing way, and she tempers this w/ a healthy dose of aforementioned girliness.

When I've talked to her about US mating preferences, she expressed disbelief at our emphasis on height and status -- she said they're at best icing on the cake -- until I pointed her to common personals ads that baldly demand 6' tall guys. (Imagine male ads demanding at least C-cup breasts or a 0.67 waist-to-hip ratio.) Of course, even when height does matter in Spain, my male competition is shorter than here, and the panel of judges is also shorter than the judges here, making the issue doubly less worrisome.

As an final aside, Razib often blogs that religion isn't merely a set of axioms or code of conduct, but is typically grafted on top of an existing cultural & genetic substrate, meaning a South Korean Christian and a black South African Christian won't necessarily look alike religion-wise. Much the same is true of any cultural system, including music and film -- judging only from American die-hard fans of The Cure & Tim Burton, you'd expect any hardcore fan from elsewhere in the world to be angst-ridden, mopey, socially awkward, constantly mocking others, and disdaining "normal" avenues of diversion, such as going out to dance & laugh w/ a group of friends. But then you go to Spain where people still listen to Joy Division and watch melancholy and often dystopic Japanese anime movies -- and you've never seen such gleeful, gregarious Goths! No Teutonic winter could extinguish the fire that burns in Mediterranean blood.