Crossing over to the afterlife is the final rite of passage that we make, and like other such rites, it is marked by a ceremony to publicly and collectively acknowledge the irrevocably altered status of the deceased.

Ceremonies in general are ripe targets for elaboration during status-striving times — we get to show off before a captive audience. When the climate becomes more about accommodating others instead of me-first, ceremonies take on a more restrained and self-effacing tone.

During the Gilded Age and early 20th C., status-striving and inequality were soaring toward a peak that maxed out circa 1920. The wealthy could afford more of everything, and given their impulse toward excess, it's no surprise to see their grave monuments continuing to tower over the others in cemeteries across the country to this day. Visit a few local places that have graves going back through the 1800s, and you'll see it for yourself.

The main differences I've noticed are that they are much taller (easily exceeding human height), have more elaborate working (more than one typeface, semi-circular ruling for the text, images carved on a flat surface, and even relief sculpture), and tend to have bold messages about this life being over but the next one beginning — being re-born rather than truly passing away, triumphant over Death.

Here is a monument from 1879 and a mausoleum from 1911, both typical among the wealthy of their time: 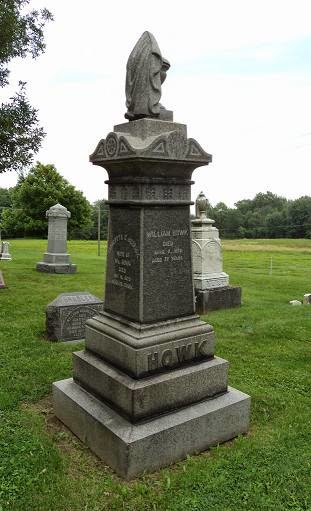 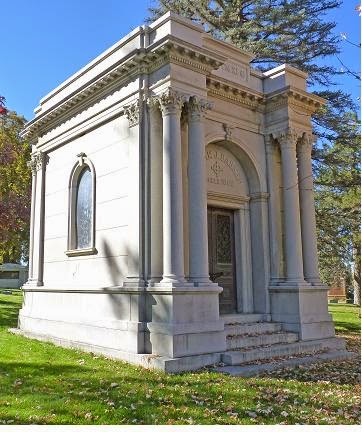 These features begin to dwindle already during the '20s and '30s, and are more or less absent throughout the '70s. Headstones rise no higher than a few feet, are block-like in shape, and have simple working (at most a floral pattern carved around the sides and upper corners of the border), and contain no messages whatsoever — only the person's name (sometimes only the surname) and the dates of their birth and death. Not what their role or status in the community was, not what their status was in their extended family, not their job, or anything else. And no declaration that the show isn't really over / don't count me out just yet.

Those folks didn't lack confidence that the deceased would be thriving in the afterlife, nor did they believe that there was nothing to be said about their various roles and statuses in the domains of life. They just didn't feel like saying it — it would have struck them as vainglory.

Here is a typical tombstone from the end of the humble Great Compression, circa the '60s and '70s. If a cemetery began after 1920 and filled up before 1990, this is the only kind of marker you are likely to see: 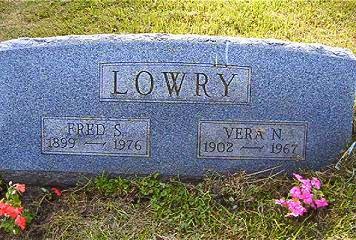 Sometime during the '80s and '90s there was a shift back toward the Gilded Age pattern of taller, monumental styles, images and likenesses carved, relief sculpture, copious text, and this likely including a list of their various social achievements and proclamations about how they are too great to submit to Death, and are actually living it up in the Great Beyond.

I can't say from impression when the reversal occurred — I did see a couple like that from the '80s, but it seemed like the real growth was during the '90s. At any rate, by the 21st century, the shift is crystal clear, as seen in this recent example: 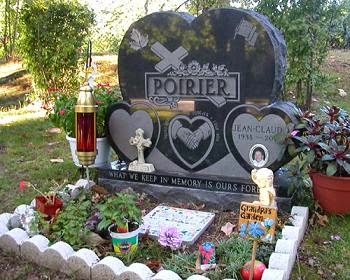 Somehow, our neo-Gilded Age climate has revived the grandiose style of grave markers. What are the links?

The taller height and more elaborate working speaks for itself.

Listing their social roles — father, officer, musician — is close to bragging about what they accomplished, even if it's not as obvious as the bumper stickers about "my kid is an honor student at Junior Genius pre-school," or the "fruit salad" decorations that military leaders now wear.

Inscribing a mini-eulogy is a bit odd — it was already said before those who knew the deceased, during the funeral service. Broadcasting it forever to random passersby is bordering on presumptuous. It also feeds an arms race of whose marker has more to grab our attention.

The bold messages about the non-finality of death do not strike me as meant to comfort and reassure those who have survived the deceased, but more of a statement of how great and powerful they were to have risen above death, more like a demi-god than a mere mortal.

This topic could easily be explored quantitatively, and even snuck into a mainstream outlet as long as it had a title like Inequality in the Graveyard. Plenty of folks have researched the temporal changes in funeral monuments, but none that I could find have looked at the link to the status-striving and inequality cycle.

And as hinted at the beginning, this approach could be broadened to look at all of the ceremonies that mark life's milestone transitions. Debutante balls long ago, which then vanished, but have been revived as Sweet Sixteen extravaganzas. Weddings (holy shit). Bearing children — how much stuff do you have to buy to welcome them into the world, and to let the public know that you now have a kid?

These changes have already been noticed and discussed, although not necessarily how they're reviving the ways of the Gilded Age and Downton Abbey period. Now we see that these changes include the ceremonies surrounding the final of life's major transitions.

Addendum: here is an article about similar changes in Germany from the early 20th C., Midcentury, and Millennial periods. It's not just an American thing, but wherever the status-striving and inequality cycle is more or less in sync.