Back when computers were machines for doing something productive or creative, their monitors were small and compact, whether in a business or home setting. They could have been made much larger, since the same CRT technology was used for medium and large-sized TV sets. But those larger screens were preferred because TV was for entertainment, hence were of little value when it was time to type up a report or crunch some numbers on a spreadsheet.

Here is the original IBM PC, with an 11.5" monitor (and only about 10.5" being viewable), and the original all-in-one Macintosh, with an even smaller 9" monitor (rather prophetic copy in the ad, don'tcha think?): 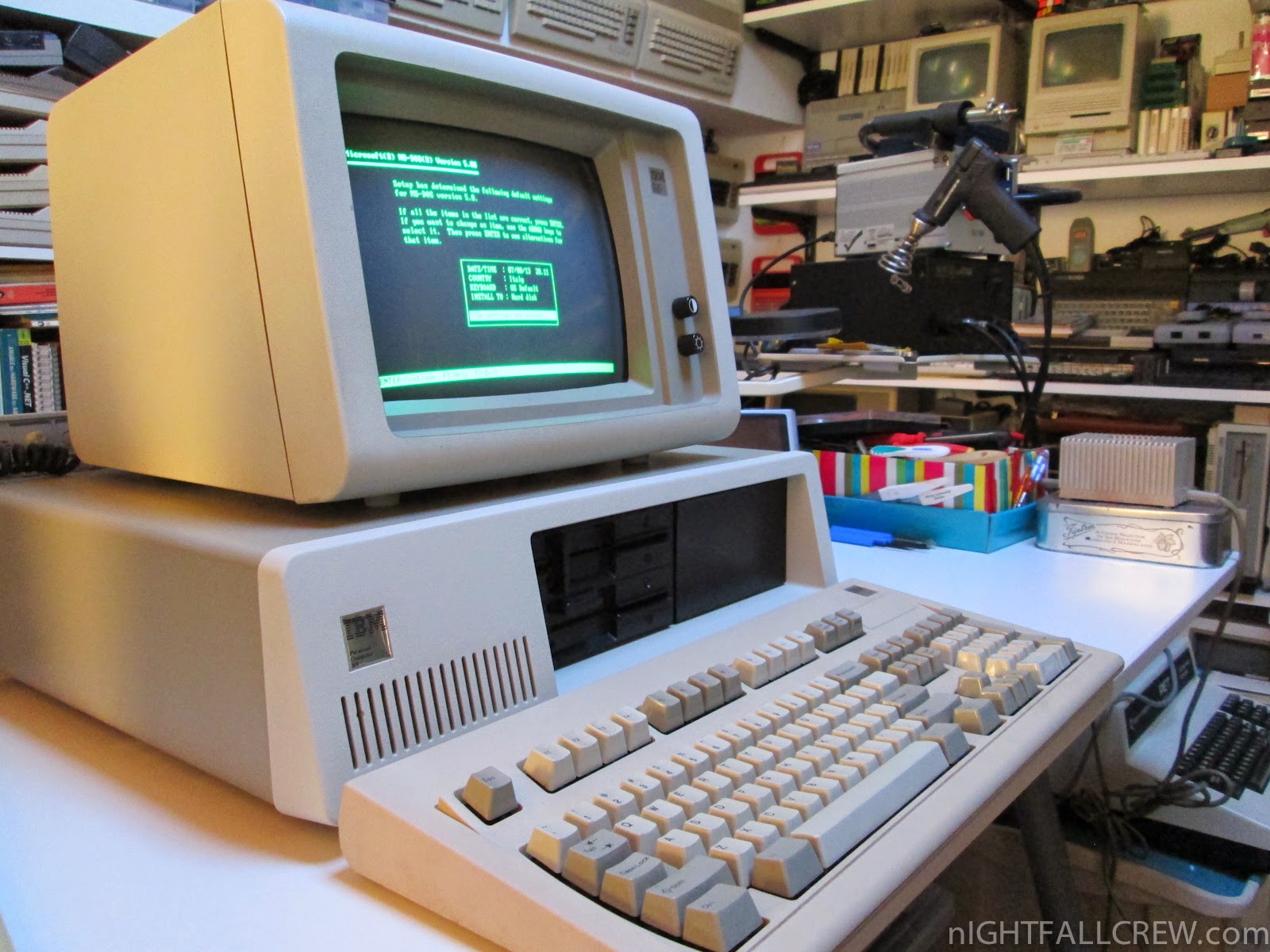 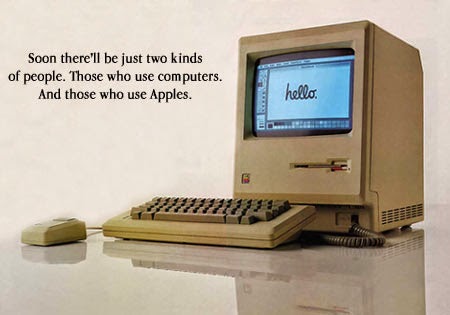 How did Primitive Man ever get any work done with such crude tools, unable to read emails in HD? How could they have focused on the memo they were typing, without the word processor overwhelming their eyes on a 30" screen? Really makes you grateful for not having to live in the dark ages anymore...

The increasingly common widescreen aspect ratio is another sign of computers as entertainment centers.

But one monitor can only get so big — eventually you're going to have to step up your game and upgrade your rig to include two monitors. Awww yeah, son: getting interrupted by emails on one screen, while refreshing TMZ on the other. Creating PowerPoints LIKE A BAWS. Nobody can hold me down now, I'm a productivity beast!

The multi-monitor set-up is nothing more than conspicuous consumption for nerds. In fact, if two are better than one, why stop there? Hook up ten. (Brought to you by the makers of five-blade razors.) Better yet — swiveling around at the center of a 360-degree ring-o'-monitors. And hey, the sky's the limit: install a planetarium ceiling and crane your neck up toward your Display Dome. Endless workspace, endless possibilities!

Forget the fact that, in the old days of a real desktop, they did not bother extending desks out to 10 feet long in a lame attempt to maximize productivity. Having too many separate sub-areas of the desktop makes it hard to focus on the one at hand. About the only task that truly benefits from two separate areas visible at the same time is manually copying a target document onto a blank one, analogous to dubbing cassettes. Otherwise, the world churned right along — and saw greater productivity gains over time — with just one central work area on their desks.

Something similar is going on with the phenomenon of "twenty tabs open at a time," as though keeping twenty books open on a real desktop would somehow make you absorb information more efficiently. Or as though playing twenty TV channels simultaneously would make for greater entertainment. In Back to the Future II, that was presented as satire; today it has become the unremarkable reality.

Undoing or not participating in the multi-monitor trend is fairly simple. Finding a monitor under 17" is a lot tougher. Buying them new is out, and even thrift stores will not accept them, so don't bother there. Craigslist and eBay are the best places, although since most of them are CRT (better than LCD in any case) the shipping will not be cheap. Still, it's a small price to pay for something that will last forever and prevent digital distractions from taking over your desktop.