When old people hung out at the mall

Stumbled on this collection of pictures from malls across America, around 1989-'90. Look how many old people there are. And I don't mean old compared to the teenagers -- like, the early bird special crowd. Couples, groups of friends, even some loners sitting near each other.

I've never forgotten that aspect of going to the mall during their heyday. It was just one sign of their carnivalesque atmosphere. Old and young, male and female, preppy and metalhead -- everyone was mixing it up at the mall. In the video for "I Think We're Alone Now," both Tiffany and a man from the senior citizen crew cut a little rug together inside a mall. 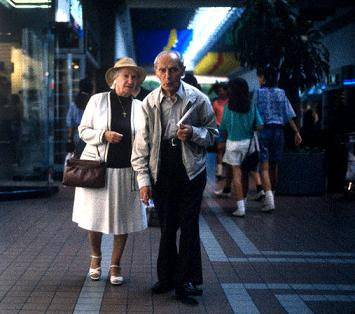 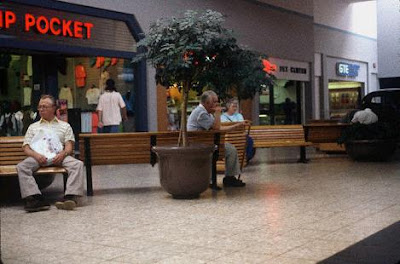 As people have withdrawn from public spaces over the past 15-20 years, different age groups have had hardly any contact with each other. Young people aren't reminded of their immaturity and the need to get moving before time's up, and old people no longer get to join the broader community during play time. 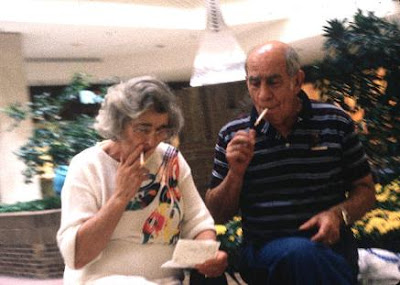 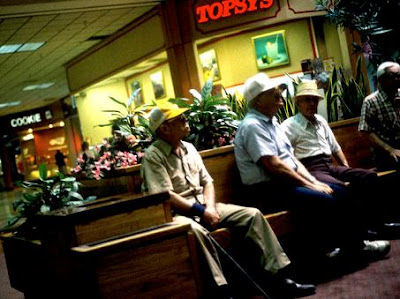 The 70 year-olds who hung out at the mall during the '80s golden age were born roughly during the 1910s -- the Flaming Youth. As detailed below, 60 years separates similar generations, so their younger counterparts were born during the '70s -- i.e., Generation X. It was no accident that malls especially attracted people who came of age during the Roaring Twenties and the Go-Go Eighties. The old people must've been sighing a breath of relief: "Finally a new wave of fun-loving and unpretentious youngsters!" I'm sure I'll find myself saying the same thing when malls eventually come back during the '40s. 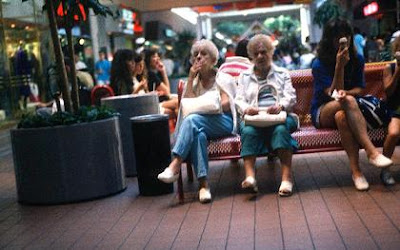 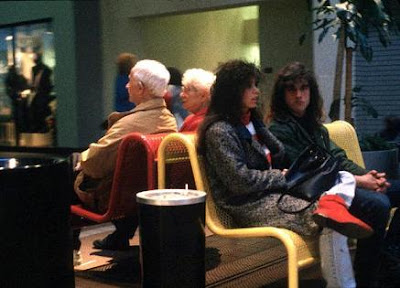